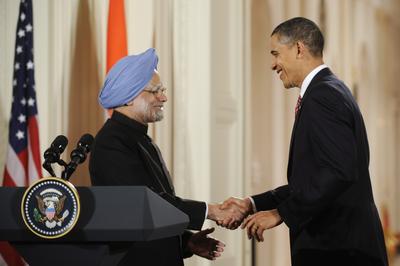 The India–US bilateral investment treaty negotiations have taken a hit after India insisted on preconditions that will, if implemented, deny foreign investors the right to international dispute settlement measures.

India and the United States have engaged in bilateral investment treaty negotiations to enhance trade relations and investment flows since 2008. The treaty — which aims to protect and promote investments and guarantee international minimum standards in the treatment of foreign investments — could have further solidified the India–US trade relationship. But this seems highly unlikely now in light of a controversial procedural precondition set by India that would allow Indian courts to have the final say on commercial disputes that arise under the bilateral investment treaty.

The proposed preconditions will harm India’s already fragile investment climate. Foreign investments have dropped dramatically in the last few years, mostly because of the Congress-led United Progressive Alliance’s unfavourable investment climate brought on by uncertain regulatory measures and retrospective changes to India’s taxation regime. In an attempt to improve India’s investment conditions, the government further liberalised its foreign direct investment policy for multi-brand retail, telecommunications and defence. The new tax and regulatory measures, however, failed to achieve the intended results. Rather than drawing in more foreign direct investment, multinationals began to opt out from the Indian market, preferring to invest in neighbouring countries with regulatory climates that offer higher returns, such as Japan and Pakistan. That steel giants Posco and ArcelorMittal announced they would pull out of their projects in India is a testament to the government’s failure in inviting and retaining foreign investors.

Meanwhile, Indian investments in the United States have risen from US$200 million to US$5 billion between 2000 and 2010, and further rose to US$11 billion in 2012. This led to a mentionable growth in the US economy and created more than 100,000 jobs. Similar results were likely to appear in India had the government taken swift, proactive steps to facilitate foreign investments and provide Indian investors with incentives to invest in domestic projects.

Countries concluding investment treaties almost always negotiate a dispute settlement provision. This generally includes conditional or unconditional consent to international arbitration, usually at the International Centre for Settlement of Investment Disputes (ICSID). An international arbitration clause in a bilateral investment treaty has two direct advantages. First, it ensures that investment disputes, which are far more technical than everyday commercial disputes, are adjudicated by qualified, specialist tribunals. The second advantage, which is in the form of procedural fairness, is that foreign investors are not forced to arbitrate disputes at a domestic level and comply with prolonged decision-making in the host country.

India has proposed against an international dispute settlement clause during the latest round of negotiations. If the proposed conditions are accepted, US investors in India will be unable to pursue disputes relating to their investments under the treaty at a more specialised, independent forum such as the ICSID — Indian courts will have the final say on any dispute that arises under the treaty. This condition will also affect the Indian judiciary, which is eternally overburdened and lacks modern case management systems.

A typical investment treaty also has a most favoured nation clause, but, given India’s stance on international dispute settlement in particular and treaty shopping in general, the India–US bilateral investment treaty is unlikely to have such a clause. This means that US investors will be unable to benefit from favourable dispute settlement provisions from the bilateral treaties India has signed with other countries.

In order to get the most out of bilateral investment treaties, countries gladly provide effective measures for foreign investors to assert their claims and enforce their rights. Substantive provisions, such as those that provide for international minimum standards or fair and equitable treatment, are not ordinary and, indeed, require even extraordinary procedure to realise their overriding objective: that is, to safeguard the interests of foreign investors against the subjective, if not biased, opinion of domestic courts in favour of the local government. India’s concern about foreign adjudication, however legitimate, could have easily been addressed by incorporating a clause that would have obliged US investors to exhaust domestic remedies in Indian courts before pursuing it internationally.

Rather than taking positive steps in addressing the excessive red tape and tax and regulatory uncertainties that are afflicting India’s investment climate, India has proposed a fresh procedural hurdle. Clearly, the government has not learnt enough from the Posco and ArcelorMittal fiasco.