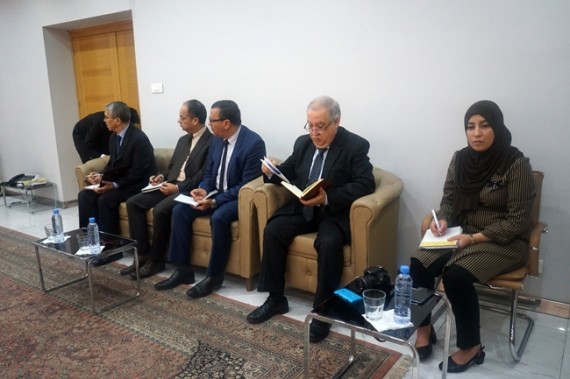 Indonesia and Algeria step up trade and investment

Indonesia and Algeria have made a commitment to increase bilateral trade and investment. The two countries – Indonesia in Southeast Asia and Algeria in North Africa – have economic ties that go a long way back.

The two countries announced their renewed commitment after Indonesian Trade Minister Enggartiasto Lukita conducted a bilateral meeting with Algerian Industry and Mining Minister Youcef Yousfi in the city of Algiers on Nov. 22.

During his visit to the country, Enggartiasto also conducted a meeting with Algerian Chamber of Commerce and Industry Chairman Mohamed Laid Benamor, who is also active as a prominent business practitioner in his country.

Benamor asserted that business practitioners in both countries were yet to grasp the huge economic potential that both countries could use to benefit each other. Enggartiasto responded by saying that the needs of Indonesia and Algeria actually overlapped with one another, thereby opening up opportunities for partnerships.

In addition to that, both sides of the equation could work together in a mutually beneficial cooperation, as Indonesia has ample natural and human resources, which are needed by Algeria, which is actively seeking not only business partners but also a potential market for its products.

“Algeria prioritizes a number of industrial sectors, including food processing and textiles. I have told them that Indonesia has a great resource capacity and have requested that the Algerian government facilitate Indonesian investment in the country,” Enggartiasto said.

On Nov. 21, a day before Enggartiasto conducted the meeting with Said Djellab, he had already held a bilateral meeting with Algerian Trade Minister Said Djellab. The two discussed a number of concrete efforts their countries could take to step up their trade relations. For instance, Djellab said Algeria could learn from Indonesia about how to diversify away from oil and gas products, because Algeria had been relying too much on oil and gas products in its trading activities.

Enggartiasto said activities that could promote trade between the two countries included inviting Algerian business players to attend business forums and exhibitions during the annual Indonesian Trade Expo to identify companies that had the greatest business partnership potential.

“I would like to invite the Algerian trade minister as well as the industry and mining minister to pay a visit to Indonesia. [I would also like Indonesia and Algeria] to get to know each other’s products, learn from one another and, if there are investors who would like to forge investment partnerships with Indonesia, we can arrange factory visits for them,” Enggartiasto said.

“Indonesia expects the Algerian government to provide the country’s businesspeople who have invested there with [easy business procedures] as well as economic certainty. These two things are extremely important to boost export volumes, whether processed products or raw materials, from Indonesia to Algeria, as well as the deployment of Indonesian professionals to Algeria to process the raw materials,” Enggartiasto said.