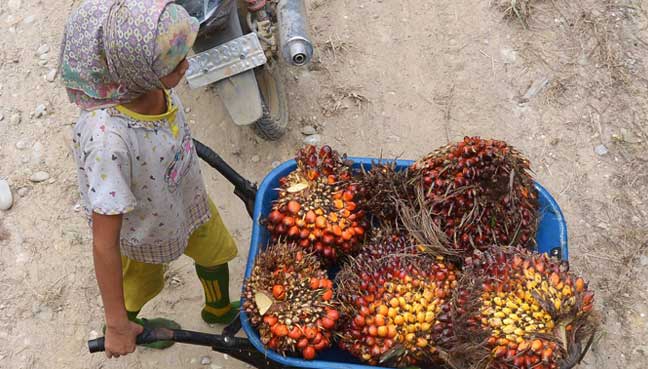 Under the deal, tariffs and non-tariff barriers would be eliminated for thousands of products traded between Indonesia and the EFTA countries – Switzerland, Liechtenstein, Norway and Iceland, according to government statements.

Among those products, Indonesian palm oil would get full market access in Iceland and Norway, with an exception of palm products for animal feed other than for fish, according to a government statement.

Switzerland would also grant easier access for palm oil, but under certain quotas, its embassy in Jakarta said in a statement.

Trade Minister Enggartiasto Lukita said the discussion on market access for palm oil was the sticking point that dragged negotiations on for years. The first round of talks was held in early 2011.

"They held back our palm," he told reporters after the signing of the agreement. "I said, we’ve gone a long way. You will benefit from this and I too. So if you don’t open up for our palm, let’s just forget about this."

The minister added that he had threatened to leave Norwegian salmon out of the deal.

"As far as palm oil is concerned, believe me, we had intensive discussions in Switzerland as well and we found a solution with our partners here in Indonesia, a solution to balance the interests and to stay at the same time very respectful as far as the palm oil concern," he said at a news conference.

The world’s top palm oil producer and exporter Indonesia has often tried to reassure buyers that its palm oil is produced sustainably.

Greenpeace said more than 74 million hectares of Indonesian rainforest – representing an area twice the size of Germany – have been logged, burned or degraded in the last half-century, which the group blamed on palm oil and pulp and paper industries.

Other main Indonesian export products such as fish, coffee and textiles would also get preferential treatment under the deal, in exchange for greater access for the main products of the EFTA countries, such as gold, medicines and dairy products.

Trade between Indonesia and the EFTA was worth $2.4 billion in 2017, with a $212 million surplus in favor of Southeast Asia’s biggest economy. EFTA countries put $621 million of foreign direct investment into Indonesia in 2017, according to government records.

With additional reporting by Reuters