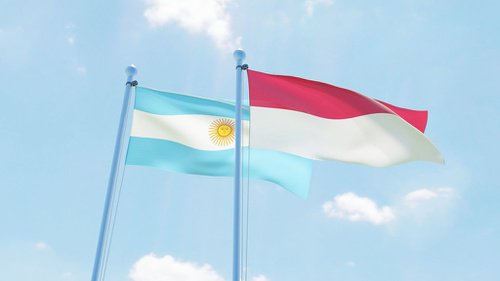 The Indonesian government is seeking better market access to the Latin American region through the establishment of a working group with Argentina, a member state of South American economic bloc Mercosur.

On the sidelines of Argentinian President Mauricio Macri’s state visit to Indonesia, Trade Ministry secretary-general Karyanto Suprih and Ambassador of Argentina to Indonesia Ricardo Luis Bocalandro signed a joint statement to establish a working group on trade and investment between the two countries.

The working group, said Bocalandro, would allow the two countries to discuss and resolve technical difficulties and nontariff measures that had been hampering bilateral trade.

“Both nations are committed to increasing and diversifying our balance of trade, and we are very happy to have this working group already established in order to [...] cooperate more intensely between Indonesia and Argentina in terms of trade,” he said following the signing on Wednesday.

The move follows up on a previous visit by Argentinian officials to Indonesia last month. During that visit, Trade Minister Enggartiasto Lukita had expressed confidence that the working group would help double the value of bilateral trade over the next two years.

According to Trade Ministry data, trade between Indonesia and Argentina reached US$1.7 billion in 2018, with the Latin American country enjoying a surplus. That figure, with help from the working group, is expected to reach $3.4 billion by 2021, with a balance that’s more favourable to Indonesia.

Fortunately, the opportunities for Indonesia would not stop, there as the ambassador explained that Argentina, along with Mercosur, welcomed the possibility of elevating the partnership into a trade agreement.

“We [Mercosur] have to go into any free-trade agreements together, and each country cannot discuss an agreement unilaterally,” said Bocalandro. “Mercosur is, of course, interested in bilateral agreements and in exploring dialogue with Indonesia to see if we can go ahead.”

Indonesian Ambassador to Argentina Niniek Kun Naryatie, who was also present at the signing event, said a lot of strategic industries in the country had the potential to market their products in Argentina and eventually to other Mercosur member countries, namely Brazil, Paraguay and Uruguay.

“Argentina is our third-largest export destination in Latin America, after Brazil and Mexico,” she pointed out. “There is a lot of strategic export potential for Indonesia in this country, such as airplanes [and aircraft components] and trains.”

On the other hand, Indonesia imports from Argentina mostly soybean meal, which is used in the production of farm feed.

At present, Indonesia’s only trade hub in the region is Chile, a country with which Jakarta has ratified a comprehensive economic partnership agreement (CEPA) that will take effect on Aug. 10 this year.

“We are expecting to achieve some form of trade partnership in the next few years [...]; during this state visit from Argentina, we would like to have their support [on the trade talks] with Mercosur, so that the partnership can be accelerated,” said Karyanto.

“Argentina’s business associations will also be in touch with our Chamber of Commerce and Industry [Kadin] to involve more business-to-business discussions within the working group.”

Speaking on the same occasion, the ministry’s director for bilateral negotiations, Ni Made Ayu Marthini, said the working group should work effectively to end any nontariff barriers that might exist between Indonesia and Argentina.

“However, the working group does not have the power to take down tariff barriers between the two countries [...]; it will have to wait when we get to the discussions within an FTA or a CEPA framework,” Made said, acknowledging that several Latin American countries were known to apply high import tariffs on many commodities.