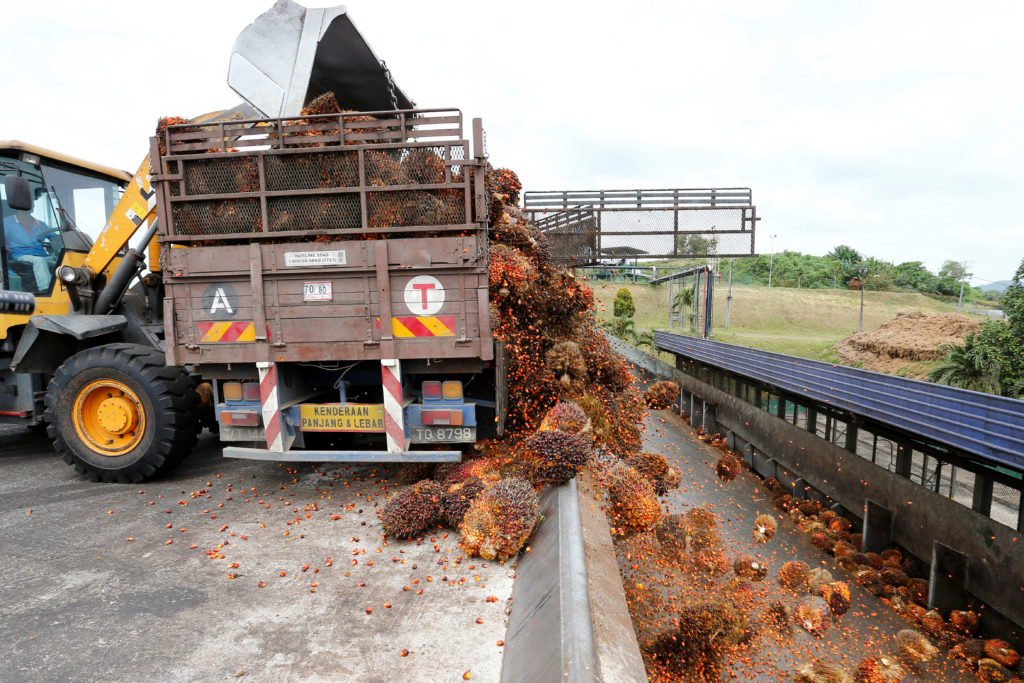 The leaders of Indonesia and Malaysia, the world’s two biggest palm oil producers, sent a letter of objection to the European Union criticizing its decision to no longer consider palm oil as a green fuel and threatening the bloc’s ties with the countries.

FILE PHOTO - A worker unloads palm oil fruit bunches from a lorry inside a palm oil mill in Bahau, Negeri Sembilan, Malaysia January 30, 2019. Picture taken January 30, 2019. REUTERS/Lai Seng Sin Last month, the European Commission determined that palm oil has resulted in excessive deforestation and that it should no longer be considered a renewable transport fuel, albeit with some exemptions.

It will become law unless a majority in the European Parliament or in the group of EU countries objects. So far, there are no indications that either will do so.

Indonesia and Malaysia have both threatened a World Trade Organization challenge against the EU plan.

“Both our governments view this as a deliberate, calculated and adverse economic and political strategy to remove palm oil from the EU marketplace,” Indonesian President Joko Widodo and Malaysian Prime Minister Mahathir Mohamad said in an April 5 letter that was reviewed by Reuters.

“Should this delegated regulation enter into force our governments shall review our relationship with the European Union as a whole, as well as its member states. This may include the reviewing of our partnership negotiations, procurements contracts and key imports from the EU,” the letter said.

With the planned regulation, the EU plans to increase its use of renewable energy sources and to take into account deforestation when it determines what products can be labeled renewable.

Delegations from both countries arrived in Brussels for an official visit on Monday and Tuesday.

The joint mission of the Council of Palm Oil Producing Countries, which also includes Colombia, have a series of meetings with EU officials, lawmakers and national governments to convey their disappointment and to fight the act put forward by the European Commission.

Indonesia, the world’s largest palm oil producer, argues that rather than promoting sustainability in the vegetable oil sector, the regulation is more about protecting and promoting the European Union’s home-grown vegetable oils, such as rapeseed and sunflower.

European spirits makers said last week they are facing difficulties exporting drinks to Indonesia as tensions over palm rise, but an Indonesian official denied that it was a retaliation against EU’s renewable energy policy.