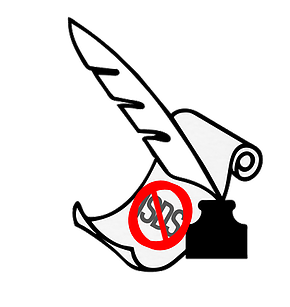 The issue of standing of a dual national under a given bilateral investment treaty was tested for the first time in Garcia Armas v. Venezuela, a pending UNCITRAL arbitration proceeding initiated against Venezuela by two Spanish nationals who also held Venezuelan nationality. The tribunal upheld jurisdiction on the ground that the bilateral investment treaty applicable to the dispute did not exclude dual nationals from protection. The tribunal further relied on Article 31 of the Vienna Convention on the Law of Treaties and to previous decisions of investment tribunals to conclude that in the absence of express limitation, it was “not possible to devoid of effect the nationality granted freely by a State and accepted as valid by the other”. The tribunal denied the application of the test of “dominant and effective nationality” applied in customary international law in the field of diplomatic protection which considers as foreign dual nationals those who have a stronger tie with the nationality of their adopted country. The tribunal held that such principle is not applicable in the context of investment treaties.

The most recent example of proceedings initiated by dual nationals is Dawood Rawat v. the Republic of Mauritious filed on 9 November 2015 by a French Mauritian dual national under the France-Mauritius Bilateral Investment Treaty. There, the claimant alleges that since the bilateral investment treaty applicable to the dispute does not exclude dual nationals from its scope, he should not be prevented from bringing a claim against Mauritius.

In this respect it is important to note the expansive definition of “investor” in Article 1(7) of the Energy Charter Treaty which is drafted to include also individuals who are “permanently residing” in a contracting party. To our knowledge, a claim has been filed by Cem Uzan, a Turkish businessman and politician, against the Republic of Turkey pursuant to UNCITRAL Arbitration Rules (Cem Uzan v. Republic of Turkey) based upon the Energy Charter Treaty. Cem Uzan alleges that at the time the Turkish Government took away his energy investments, he had permanent residence and a working permit granted by the United Kingdom.

Article 201 of NAFTA contains a similar expansive definition of “national”, whereby permanent residents are considered as nationals for the purposes of NAFTA. Thus, in Feldman v. Mexico, the claimant who was a US citizen by birth but resident in Mexico for the last 27 years of his life had standing to sue Mexico with reference to the Article 201 of NAFTA. The tribunal in Feldman stated that “permanent residents are treated like nationals in a given state party only if that state is different from the state where the investment is made”.

It remains to be seen which approach international tribunals will be taking in deciding claims by dual nationals. While the abuse of rights conferred under investment protection treaties must be prevented, the potential effects of denying investment treaty protection to immigrants, who acquired their wealth elsewhere and could potentially invest into their country of origin, must be taken into account.