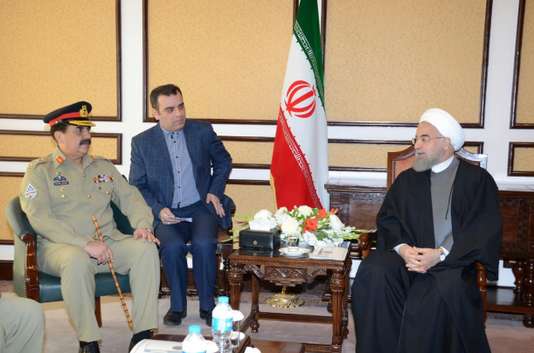 Pakistan and Iran have decided to strike a deal on trade despite slow or no progress regarding the implementation of a payment mechanism and the Iran-Pakistan gas pipeline project.

Both sides have decided to finalize the proposed free trade agreement before November 2017, the Pakistani newspaper Dawn reported.

The trade negotiating committee of the two countries has already held two rounds of discussions on FTA and is scheduled to meet by November to put the final touches to the agreement. It is projected that the agreement will increase the 2016 bilateral trade worth $300 million to $5 billion by 2021.

“We have almost finalized the draft of FTA,” a trade officer of the commerce ministry said, adding that the next meeting is expected to reach an understanding on the remaining issues.

The non-availability of a payment mechanism casts a shadow on the viability of the much-awaited agreement.

In April 2017, State Bank of Pakistan’s deputy governor visited Iran and signed a banking payment agreement. Under this agreement, the central banks of the two countries will have to authorize banks for undertaking trade transactions.

On the Pakistani side, SBP has already issued a circular in this regard but not a single bank so far has showed interest in opening a branch in Iran, the plausible reason being a fear of US sanctions against the country.

The Iran-Pakistan PTA was signed on March 4, 2004, which came into force on September 1, 2006, and has been operational since then.

Under the existing PTA, Pakistan utilized concessions on 17 tariff lines out of 334 tariff lines in 2016. Due to this poor utilization, Pakistan has provided a wish list of 153 tariff lines to Iran and requested deepening the margin of preferences (MoP) on 22 items already in the PTA.

To reciprocate, Iran also provided a wish list of 80 items seeking an MoP from Pakistan.

Looking at Pakistan’s exports to Iran, rice has the highest trade potential. In 2009, rice exports comprised 80% of Pakistan’s total exports to the country. But in 2016, these exports fell substantially owing to international sanctions.

Iran’s rice imports from the world are $517 million, 97% of which are coming from India, since India circumvented the sanctions by using a barter trade model.

Other products with a high trade potential are medical instruments, cotton fabric and woven fabric of cotton. Iran imports these products from other countries while Pakistan’s exports of these products are non-existent.

There is also discrepancy in the bilateral trade data of the two countries. Data compiled by Pakistan showed exports worth $36 million and imports of $284 million. Contrary to this, the data compiled by Iranian customs showed Pakistani export in the range of $300-350 million while imports worth $600-700 million from Iran.

The only justification that came from the ministry of commerce was that it could be on account of indirect trade via Dubai, smuggling and unregistered trade from border areas via a land route.

Currently, exchangers are the most popular mode of making trade payments between the two countries.

Until the regular banking channel is established for the mode of payment, the target to increase trade to $5 billion in the next four years will remain only on paper, an unnamed senior officer of the commerce ministry said.

“If there is no payment mechanism, then there is no importance of such an agreement,” the officer said.

Both sides under the strategic plan agreed to open two more border crossing points, preferably by the end of 2016. Two potential crossing points are at Gabd (Pakistan)-Reemdan (Iran) and Mand (Pakistan)–Pishin (Iran).

No tangible progress was seen on this account as well. Both sides also agreed to ensure international standard border compliance for trucks i.e. standard shield, tent, seal and fuel tanks; along with exchange of customs-related information and electronic trade data sharing.

An official of the energy division said no progress was seen on the issues of the Iran-Pakistan pipeline project. He listed several bottlenecks, including a disagreement on price.

However, there has also been no commitment on the part of Pakistan to seriously negotiate the issue, apparently due to the imposition of American sanctions.

Another issue is the huge investment on the LNG terminal at Port Qasim to meet the growing energy demand through the import of fuel from Qatar.

“You cannot rule out the Qatar factor in delay of finalization of the pipeline project with Iran,” the official said.