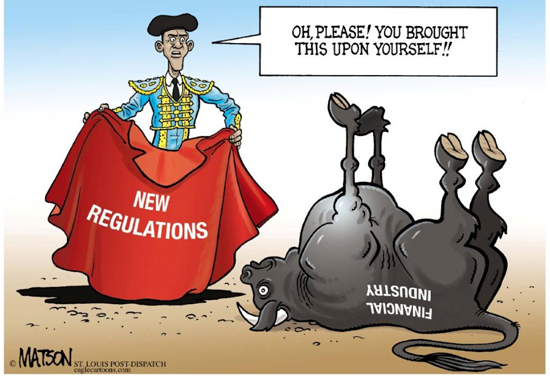 The Central Bank of Ireland has added its weight to calls for the European Union-US Transatlantic Trade and Investment Partnership (TTIP) to tackle the thorny problem of cross-border harmonisation of regulation affecting derivatives.

To date, moves by Europe to advance such regulatory co-operation discussions within the ambit of TTIP, a proposed free trade agreement between the EU and the US, have been thwarted. US authorities have concerns that rolling financial services regulation into TTIP talks could lead to the unravelling of the Dodd-Frank Act, instead maintaining such dialogue should continue separately in existing global and bilateral forums. The EU and the US already participate in regulatory discussions within the framework of the Financial Markets Regulatory Dialogue (FMRD), a grouping of regulators.

Central Bank of Ireland markets director Gareth Murphy believes senior policy-makers on both sides of the Atlantic should take responsibility for resolving areas of disharmony that are outside the reach of regulators.

He says: "There are a number of different issues you could put on that [TTIP] agenda in terms of co-operation arrangements, articulating what substituted compliance means, getting greater agreement on concepts and aligning monitoring and data collection systems."

Murphy also says TTIP is the forum ideally positioned to resolve the duplicative and costly dual data-reporting regimes for hedge funds; Form PF in the US and the alternative investment fund managers directive reporting guidelines in Europe.

Murphy has doubts that regulators possess the appropriate tools to resolve such regulatory mismatches. He says: "It needs to be on the agenda at that [TTIP] level. It needs to be a senior and significant political commitment to try and iron out areas of disharmony between the two major trading blocks."

Also referring to the lack of harmonisation among data interfaces across the EU, and the added expense this causes for industry participants having to report, Murphy concedes: "[Companies] have to multiply their systems based on the number of markets they operate in, which is quite substantial. This is not entirely fixable by regulators but ultimately, if it’s not dealt with properly, the cost will be passed back to investors."

The EU Commissioner responsible for financial markets, Michel Barnier, has called for financial services to be included in TTIP. In a speech in Washington, DC to the Peterson Institute for International Economics last month, he said: "US negotiators in TTIP argue that we already have an informal dialogue, the FMRD, and that it is enough. I don’t agree… a dialogue is not true regulatory co-operation."

When the FMRD last met in January it discussed the status of implementation of derivatives reforms, including cross-border issues, as envisaged by the Common Path Forward document concluded between the European Commission and the US Commodity Futures Trading Commission in July 2013.

John Clancy, spokesman for trade at the European Commission, said following the round of talks next week, TTIP negotiations will start again in the autumn.