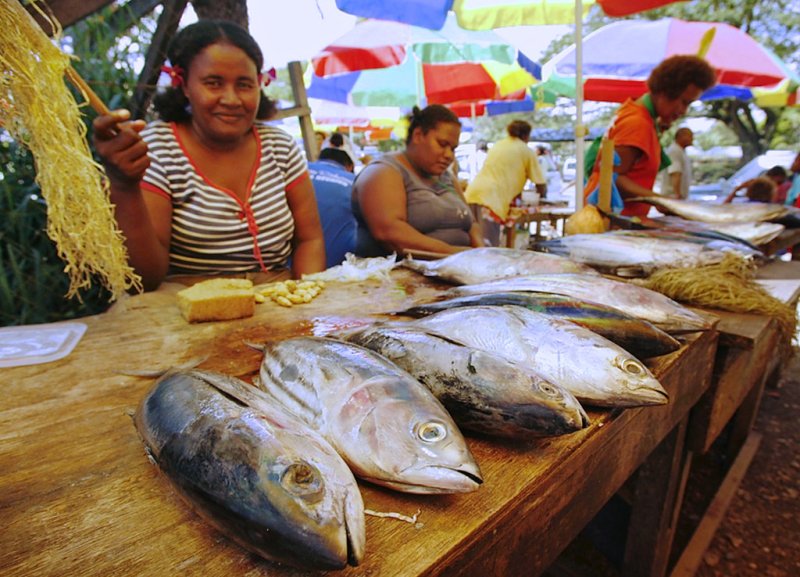 Is the Pacific’s new trade deal an early Xmas gift or a double edged sword?

The Australia and New Zealand led PACER Plus, is touted as a trade and development agreement that will strengthen economic development in the region.

Nine Pacific countries have signed on to the deal with six having ratified it so far.

One of the agreement’s staunchest advocates is Solomon Islands.

Its trade commissioner, Joseph Ma’ahanua, was instrumental in Solomon Islands’ negotiations for PACER Plus, which started over a decade ago.

Ma’ahanua described the deal as a realisation of the overused rhetoric of Pacific regionalism.

"We always talk about regional co-operation, integration and these are the kinds of initiatives or work that deepen co-operation between our countries of the region," he said.

Joseph Ma’ahanua even went as far as describing the opportunities promised in PACER Plus as "exciting".

Ma’ahanua’s excitement was shared by Fiso John Fiso, the chair of the Pacific Co-operation Foundation a New Zealand organisation which implemented economic development and socio-cultural initiatives in the Pacific region.

Fiso said the agreement would make it easier for Australian and New Zealand businesses to invest in the Pacific.

"We are talking about agriculture, viticulture and horticulture, which I think have been identified by our members as being great opportunities to develop...for a long time now they haven’t really been nurtured or a big part of our Pacific Islands economies,

"But we see opportunities in transferring the intellectual property, the knowledge and the skills from those sectors, in both New Zealand and Australia back into the Pacific," Fiso said.

According to New Zealand’s Ministry of Foreign Affairs and Trade, the PACER Plus agreement covered aspects from trade in goods and services, investments, technical barriers to trade, rules over the origin of goods and customs and biosecurity measures.

There were also two separate arrangements one on development, economic co-operation and trade related assistance and the other on labour mobility.

The agreement comes into force in December after the Cook Islands this month became the vital eight country to ratify. In a statement marking the occasion, New Zealand’s Minister for Trade and Export at the time, David Parker, said PACER Plus represented a deepening of the relationship with the Pacific and reflects New Zealand’s enduring commitment to the region.

"It recognises the unique challenges that some of our Pacific partners face in international trade caused by their relative size, distance from markets and high cost structures," he said.

Both New Zealand and Australia also pointed out the significance the agreement has for regional solidarity during the Covid-19 pandemic.

"PACER Plus is a further demonstration of our region’s commitment to open, rules-based trade that is crucial to help the region and the world recover from the economic impact of the pandemic," Parker said.

Solomon Islands was looking forward to duty and quota free access to Australian and New Zealand markets, according to Joseph Ma’ahanua, and to boosting labour mobility arrangements through PACER Plus.

Ma’ahanua said the island countries who have ratified the agreement are in talks about setting up a regional agency or unit especially for its implementation.

This will help us to manage resources that Australia and New Zealand will be providing to assist us in developing capacity he said.

But not everyone is sold on PACER Plus.

One of the most active critics of PACER Plus is the Fiji-based Pacific Network on Globalisation.

Its trade and justice campaigner Adam Wolfenden said the agreement was birthed by Australia and New Zealand in response to the Pacific starting up trade negotiations for an economic partnership agreement with the European Union.

Wolfenden said one of the obligations PACER Plus imposed on Pacific countries was they must offer Australia and New Zealand the same trading conditions they offered to any other country or grouping.

"The Pacific is offering quite expansive and generalised commitments which we actually fear will ... mean that Australia and New Zealand will get any better treatment that the European Union gets," Wolfenden said.

He said this was fundamental to why Australia and New Zealand had been pushing relentlessly on PACER Plus to get it over the line ahead of any deal with the EU, he said.

Wolfenden said under its shiny packaging the agreement put many more restrictions and constraints on Pacific countries while promising them market access benefits that in fact some of them already had before PACER Plus.

But, Fiso John Fiso said the agreement simply reflected the massive trade imbalance between the Pacific island countries and Australia and New Zealand.

"All countries in the developing world need capital inflows and I think what this [agreement] does, is it gives chances for capital to flow from Australia and New Zealand into the Pacific."

However, Adam Wolfenden pointed out the absence from the agreement of two of the Pacific’s largest economies, Papua New Guinea and Fiji, which he said spoke volumes about the quality of the deal.

"The language from Papua New Guinea and Fiji has been incredibly strong. PNG referred to it as being completely lopsided in Australia and New Zealand’s advantage.

"Fiji has called some of the clauses a disaster for their industries. To their credit they have done their assessment and realised to be in the PACER Plus isn’t in their interest," he said.

But the Solomon Islands Joseph Ma’ahanua, remained optimistic about the deal saying PNG and Fiji’s position was more likely based on the strength of their established bilateral trade arrangements with Australia and New Zealand.

"They have their reasons for not signing but remember that the PACER Plus has been signed by the other Pacific countries and it remains open [for signing] including for Papua New Guinea and Fiji as well," he said.

There is one thing all parties agree on about PACER Plus and that is leveraging its trade development and labour mobility arrangements are the best ways for the Pacific to benefit from it.

Of these Nauru, Tuvalu and Vanuatu have yet to ratify the agreement.

PACER Plus will come into force before Christmas.