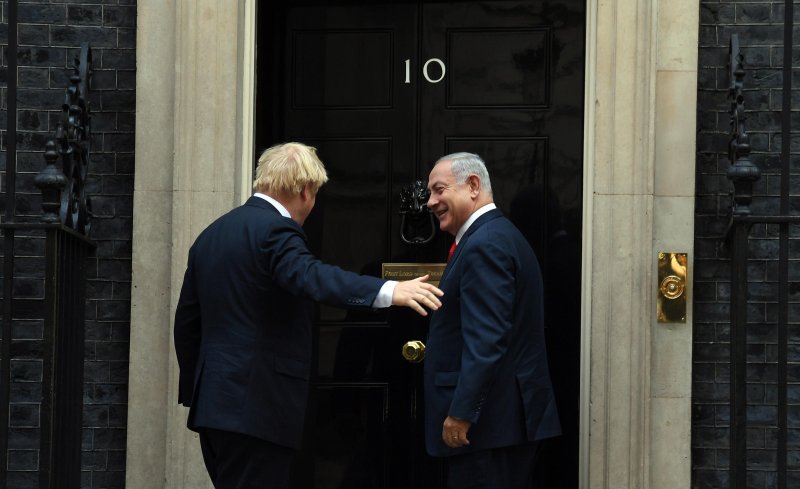 Prime Minister Benjamin Netanyahu on Thursday said he spoke with his British counterpart Boris Johnson and that both agreed to begin talks on establishing a post-Brexit free trade zone between Israel and the UK.

“I spoke today with UK Prime Minister Boris Johnson, and congratulated him on Brexit. We discussed regional affairs, especially on the ‘deal of the century,’” Netanyahu wrote on Twitter, referring to the new US peace plan.

The two leaders “agreed to continue to strengthen the economic relationship between the two countries and to start discussions on a free trade zone between Israel and the UK,” Netanyahu said.

Johnson’s office said earlier that in the call he had emphasized his support for the new US peace plan and for a two-state solution to the Israeli-Palestinian conflict.

Following the plan’s release on January 28, Johnson spoke to US President Donald Trump, saying the proposal “could prove a positive step forwards.”

The UK formally left the European Union on Friday after years of negotiations.

Britain and the EU have given themselves an 11-month “transition period” — in which the UK will continue to follow the bloc’s rules — to strike new agreements on trade, security and a host of other areas.

Johnson made the country’s economic independence a central plank of his Brexit pitch.

He said on Friday that a post-Brexit Britain would be “simultaneously a great European power and truly global in our range and ambitions.”

“We want this to be the beginning of a new era of friendly cooperation between the EU and an energetic Britain,” he said.

Netanyahu said at the time: “Britain is in fact our largest trade partner in Europe — one of our most important trading partners in the world — and we value the friendship.”