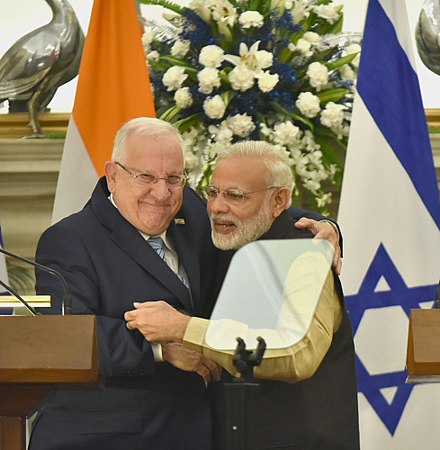 Israeli Ambassador to India Ron Malka said the Indo-Israel FTA was progressing and such an agreement would be fruitful for both countries.

A proposed free-trade agreement between Israel and India has started to "see light at the end of the tunnel", the Israeli envoy here said on Thursday, exuding confidence that the pact will be concluded.

The negotiations for having an Indo-Israel FTA were launched by then prime minister Manmohan Singh in 2007.

Israeli Ambassador to India Ron Malka, at an event here, said the Indo-Israel FTA was progressing and such an agreement would be fruitful for both countries.

Asked about the progress on the FTA, he said, "It is progressing. Just lately we have started to see light at the end of the tunnel. A free-trade agreement between Israel and India will be fruitful. Israel is a small country, it poses no threat to Indian producers and farmers."

"We are working on it and it should be done," Malka said.

He said a key area for bilateral cooperation between the countries could be water technology and water management, with Israel having an expertise in the two fields.

On the Israel-Palestine conflict, the Israeli envoy asserted that the matter will be resolved bilaterally.

He also exuded confidence that counter-terrorism cooperation will deepen between the two countries.

"Terrorism is a disease and a global disease. Natural for two close friends that face similar threats of terrorism to collaborate," Malka said.

Asked if Israeli munitions were used in the Balakot strike by the Indian Air Force, he refused to comment.