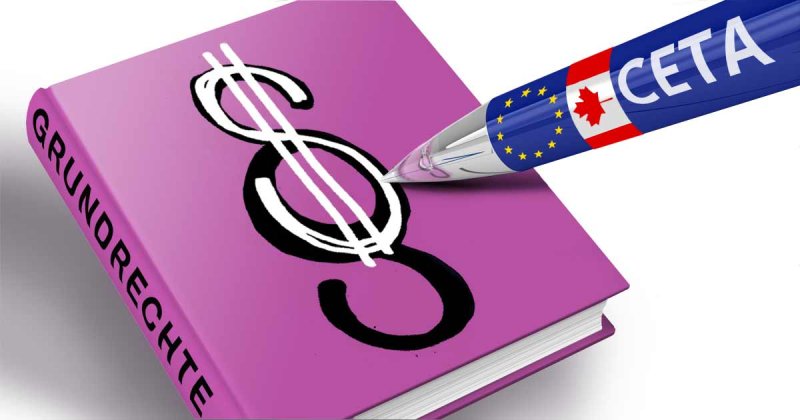 Italy to block democratic vote on CETA for 500 million Europeans, according to leaked letter

The Italian government has offered to block a move to give national parliaments—and hence some 500 million European citizens—a say on the CETA deal between the EU and Canada.

The national legislatures in the 28 member states could vote on CETA, but only if all EU governments demand it. If Italy refuses to join with the other countries, the European Commission would be able to send the agreement to the Council of the European Union for approval, where a "qualified majority" would be enough for it to be passed. There would also be a vote on the agreement in the European Parliament. However, the latter would be a simple yes/no decision, with no option to make changes to CETA’s text.

Although a standard part of the EU legislative toolkit, such yes/no votes put pressure on MEPs to accept the bad parts of a deal in order to gain the benefits. However, the European Parliament set an important precedent for saying "no" to unbalanced trade deals when it rejected the Anti-Counterfeiting Trade Agreement (ACTA) in 2012.

The offer to ignore widespread demands to allow proper parliamentary scrutiny across Europe came in a letter from the Italian minister for economic development, Carlo Calenda, to the EU commissioner for trade, Cecilia Malmström. Calenda wrote: "I would like to inform you that Italy, after a technical and political assessment, is ready to consider to support the Commission on the ’EU only’ nature of abovementioned agreement."

Earlier this month, the German newspaper Frankfurter Allgemeine Zeitung published a report in which it claimed that the Commission was intending to bypass national politicians by treating CETA as an "EU only" matter.

Calenda’s letter was obtained by the Italian "Stop TTIP Campaign," and posted on its site. Ars has asked the Italian embassy in London and the Italian government in Rome to confirm the authenticity of the document, but so far no response has been received on this point. This story will be updated when further information is available. Further Reading CETA: The Canadian TTIP nobody noticed until it was (almost) too late

An article about CETA published last week in Italy’s leading financial newspaper, Il Sole 24 Ore, corroborates the story. It specifically mentions the offer to block national votes: "our government suggested to the Commission the idea of an Italian support to the non-mixed nature of the CETA." The term "non-mixed" means that the EU can conclude CETA on its own, without requiring national parliaments to vote on it as well.

In his letter, Calenda explained the reason for his offer: "Italy considers the CETA a milestone agreement whose failure could have major negative consequences for the EU trade policy and for the credibility of Europe as a reliable trade partner."

As Ars reported recently, CETA was negotiated in secret for many years, with no input from the public. Supporters of CETA claimed that this was not a problem, and that the negotiations were fully democratic, because the national parliaments of all 28 member states would be able to vote on it later, giving the 500 million EU citizens a chance to make their views known. If Italy vetoes those national debates, the only opportunity people will have to influence CETA’s ratification will be the vote in the European Parliament.