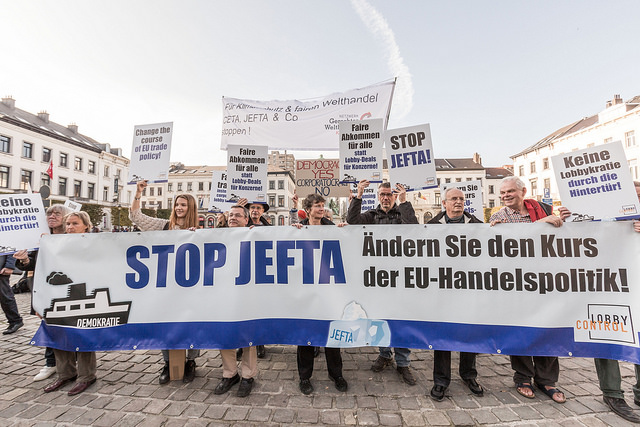 BRUSSELS (KYODO) - A free trade agreement between Japan and the European Union will take effect on Feb 1 as both sides completed their ratification by Thursday.

The pact, signed in July, will cover roughly 30 percent of the world’s economy, facilitating goods trade and investment in what will be the largest free trade zone at a time of growing concern about protectionism.

The European Union ended its procedures to ratify the tariff-eliminating pact following approval on Dec 12 by the European Parliament. Japan’s parliament ratified the agreement on Dec 8.

The deal will eliminate tariffs on most imports between Japan and the European Union and sets rules on intellectual property protection.

Japanese consumers will benefit from cheaper imports even as domestic farmers may take a hit due to increased competition with European rivals.

While U.S. President Donald Trump pushes for his "America First" agenda, Japan and the European Union scrambled to wrap up negotiations that began in 2013 to show their resolve to promote free trade.

Japan is also a member of a revised Trans-Pacific Partnership free trade pact that is now set to take effect on Dec. 30 without the United States.

Both Japan and the European Union are set to begin trade talks early next year with the United States, which has been locked in a tariff war with China.