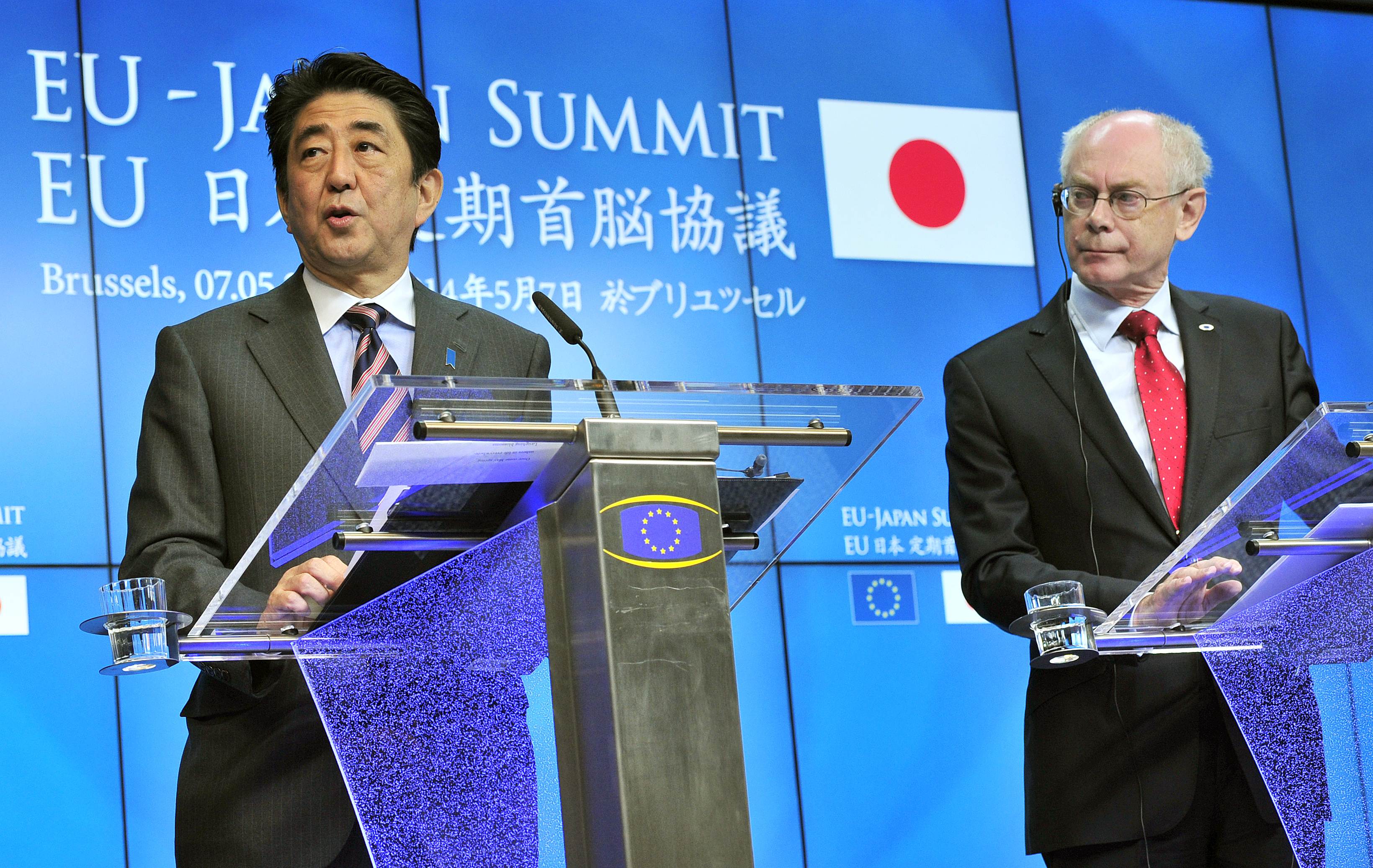 Copenhagen: Japan and the European Union are slated to affix the final signatures on a wide-ranging free trade pact in mid-July in Brussels, according to sources on both sides familiar with the talks.

In remarks on Thursday at a forum here, EU Trade Commissioner Cecilia Malmstrom revealed that the European Commission is planning to endorse the final draft of the economic partnership agreement with Japan next Wednesday.

The final economic partnership agreement draft will then advance to the 28 EU nations for approval, according to the European Commission. From there, EU leaders will hold a summit in late June to formally accept the document.

Japanese Prime Minister Shinzo Abe is preparing to visit the EU headquarters in Brussels. When the two sides sign the agreement in July, the treaty will then go through the ratification process in both parties’ legislatures. The goal is to wrap up those procedures by the end of the year and put the pact into effect before March 2019, when Great Britain finalizes its exit from the EU.

The two sides have decided to remove from the agreement provisions concerning resolution of investment disputes. Japan favored ad-hoc arbitration, while the EU sought to create a separate court system. By shelving the corporate dispute issue, the pact will face fewer hurdles toward ratification.

Malmstrom said at Thursday’s forum that the accord between Japan and the EU sends a strong message for fair and open trade against an international tide of protectionism. The event was attended by 200 people, including Yoichi Suzuki, Japan’s chief negotiator.

The EPA also contains provisions for the two sides to cooperate on regulations. The agreement "will produce results over the long term," said Suzuki.