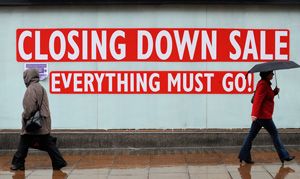 This has been my 3rd visit to Latin America in little over one year as EU Trade Commissioner. I am drawn to the region by the creativity and dynamism of your business environment. We have followed with interest how your economies and exports have rebounded after the global crisis and how you have not wavered in your determination to open up your economies and reform.

When Europeans think of Central America, the image that comes to mind is often that of vibrant markets: with ripe bananas, high quality rum, raw sugar, tropical fruits, the colourful scarfs, and the smell of roasting coffee beans. Trade is in the lifeblood of your communities, just as it is for ours…

But exports from Central America are still too concentrated in a few commodities and food products– such as coffee, bananas, sugar – with a limited value added. Recognising the need to diversify and enlarge your basket of trade, Central America is negotiating several trade agreements. You have negotiated or are negotiating with neighbours (Mexico, Peru, Colombia), continental friends (like the US or Canada) and with partners across the Pacific (China, Korea).

We share your belief that free trade can help economic growth. Our high-quality trade deals with you and with others bear witness to this.

Trade and the right trade policies have been a key factor in this region’s success and your agreement with the EU reflects your choice.

You know that this logic is behind the trade deal we have recently concluded between the European Union and Central America. It is here in Central America where most of the direct benefits will be felt, in greater choice, lower prices, stronger growth and more jobs. It will attract investment and deepen your trade ties with other parts of the world.

This trade deal is part of an Association Agreement that will open up opportunities for you to export more and differently to the EU. It can help diversify the export basket by encouraging investment which will bring in technology, innovation and know-how.

Let me run through the benefits of the deal:

Import duties will go down. Savings on both sides will amount up to € 170 million.

Quotas for agricultural goods on both sides will be abolished or increased.

Customs procedures will be simplified.

Services sectors will be opened.

Investment will be liberalised.

And Central America will be a more integrated market.

The agreement lessens the dependence of Central America on other trade partners and broadens the scope of trade. It confirms the policy direction that you have taken in favour of more openness towards foreign investment, easier rules for business, more competition to the benefit of consumers, more stable conditions for investors to invest long term and create jobs and production.

We might be 27 different countries but we are a single market with one set of rules for all. We have 500 million consumers, which makes the EU the world’s largest single market.

We have a lot to offer as a trading partner. The European Union has a very affluent market that looks for quality goods. The legal investment framework in the EU is not only one of the most secure, but also one of the most open in the world.

An investor based in Ireland can operate in the whole EU, foreign companies are allowed to merge with European companies and participate in our government procurement with essentially no restrictions. This is a case of ‘Buy one, get 26 for free’ – and surely you are businessmen enough to know how good a deal that is.

While preparing for this trip to Guatemala City and San Jose, it has also been interesting to add further success stories to my growing library of trade at work.

First, I heard about five companies – Italian and Costa Rican – who are starting wind farms using the wind currents of Guanacaste. The total investment is over $240 million and will bring much needed electricity across the country.

Second, think about the benefits for the textile industry for a country like Honduras for which this was an important point in the negotiations. Or Nicaragua, many workers are employed in its zonas francas are employed in the textile industry. Employment has reached a record 92,000 and is expected to grow further this year. Exports could increase by 10-15% and some 5,000 jobs could be created. Just think how the new trade deal – with increased flexibility on rules of origin for textile products – could help this growth further.

These are the examples that can bring the dry print of a trade agreement to life. They show what it could mean when we improve trade and investment provisions for trade. The basket is getting bigger.

However, it would be misleading to focus only on the trade benefits that such an Agreement will bring for both of our regions.

Another overarching objective of our Agreement is to contribute to sustainable development both in your region and in the European Union. In this Agreement, not only have we committed to respect internationally recognised core labour standards but also we have agreed to comply with multilateral environment agreements.

We all recognise the crucial role you – civil society – play in the socio-economic development of the region. We have consulted you during the whole negotiation process and the Agreement we have concluded devotes a great place for this consultation to continue.

A Joint Consultative Committee has been created which will allow for the consultation of civil society both at domestic level and at bi-regional level through the creation of a “Bi-regional Civil Society Dialogue Forum” to facilitate exchanges regarding sustainable development aspects of the trade relations.

So where are we in making this trade deal a reality on the ground?

The negotiations were concluded in Madrid a year ago and since then we have been finalising the legal drafting process. We are now starting our official legal adoption process. We are about to adopt a Commission proposal before the end of July which will recommend to the Council and Parliament that they agree the negotiated text.

Yesterday, when I was in Guatemala, I met with the region’s trade ministers and ministers of foreign affairs.

We were of one mind. We want to make sure the legislative process goes quickly so that the benefits of the deal can be felt on the ground as soon as possible.

We hope to sign this agreement at the beginning of 2012 and to implement the trade deal already in spring 2012.

Ours is now a maturing and long-standing relationship. Cooperation between Central America and, at that time, the European Community – now the European Union – dates back almost 20 years. It is supported by development spending of 1.5 billion Euros between 2007 and 2013.

The benefits of trade should be clear to all. The rise of Latin American economies in recent years is a spectacular manifestation of the growth potential an open economy can unleash. Trade is an engine for efficiency, for social reform, for increases in competitiveness and hence growth.

Trade has been one of the most important factors in the economic recovery of the last two years in Europe and elsewhere. The latest figures indicate that net exports from the EU were responsible for one third of our 1.8% GDP growth in 2010.

I also count on the support of the private sector in helping their governments to do what is necessary to make this deal enter into force. Liberalisation doesn’t stand a chance unless those that stand to gain from open markets make their voices heard. Typically, it is only those who stand to lose who cry out! Business has traditionally been a very vocal proponent of liberalisation and multilateralism, and I hope that it takes up that role with increased vigour in the months ahead.

So trade matters. It has helped businesses and governments to find the light at the end of the growth and jobs tunnel. This is one reason why dialogues such as this one are so important. Your views allow us to assess how we are doing and how we can do better.

You – Central American businesses and representatives of civil society – are on the frontline of a rapidly evolving trading environment. It is our job to make sure you can make the most of it. The new trade agreement should do just that.

Thank you very much for your attention.