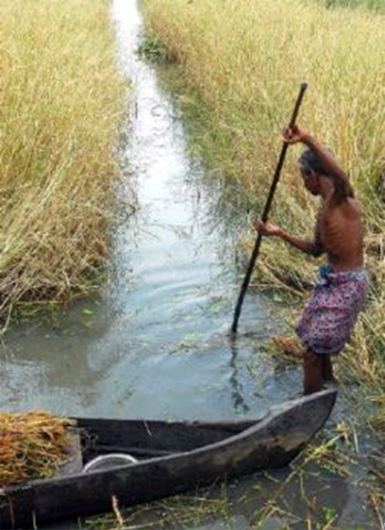 NEW DELHI, Oct 1 (Bernama) — The Communist Party of India-Marxist (CPM) in Kerala is marshalling about 300,000 of its cadres to form a 500-kilometre human chain tomorrow to protest the recently concluded Asean-India Free Trade Agreement (FTA), claiming it will destroy farmers’ livelihoods.

The CPM leaders in the southern state have been raking up the issue since India and the 10-member Southeast Asian nations signed the trade pact last August, after negotiating for almost six years.

Party cadres, including fishermen, farmers, coconut planters and rubber tappers, are planning to form the human chain from Thiruvananthapuram, Kerala’s capital, to Kasargode district, protesting along the national highway at about 4pm Friday.

"We are apprehensive about the agreement with Asean. This agreement is not going to protect Kerala farmers. Majority of our farmers survive on small scale farming and they can’t compete when the markets open up," Kerala’s Agriculture Minister Mullakkara Ratnakaran told Bernama in a telephone interview Thursday.

"The trading practices would not be beneficial to our small farmers and it will only make their life tough," he said.

Thousands of farmers in Kerala rely on cash crops such as cashewnuts, rubber, pepper and cardamoms, and local leaders fear that the opening of the market would allow cheaper farm produces from neighbouring countries, which could eventually harm domestic industries.

The CPM, which has a powerful base in Kerala, is strongly opposing the trade agreement signed by the United Progressive Alliance (UPA) party, led by Prime Minister Manmohan Singh.

On its part, the UPA government had mounted a newspaper advertisement campaign to explain to local residents that the trade pact would not harm their livelihoods and not to listen to CPM’s false propaganda.