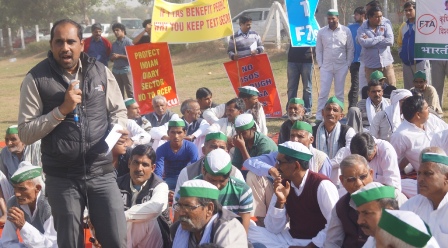 Over a period of five years, India and the Association of South East Asian Nations (ASEAN) negotiated a bilateral free trade agreement — with plenty of difficulty.

Under their initial bilateral framework agreement, signed in Bali on 8 October 2003, the India-ASEAN FTA for goods was supposed to be finalised by 30 June 2005. Negotiations on services would start in 2005 and end in 2007.

After a year’s delay, discussions ground to a halt in June 2006 when India released its ’negative list’ of items to be excluded from tariff reductions — with 900 products, both industrial and agricultural, figuring on the list. (This was down from India’s initial negative list of 1,410 items.) India’s agriculture ministry, in particular, was arguing hard to exclude commodities like rubber, pepper, tea, coffee and palm oil from the deal. Rules of origin have been the other thorny issue.

Two months later, in August 2006, Delhi issued a revised list, pruned down to 560 items. However, tremendous fears about the impacts of the India-ASEAN FTA on farmers continued to rattle the discussion.

By early 2007, in the midst of the new biofuels boom, palm oil became a central blockage point as Indonesia and Malaysia, both top palm oil exporters, struggled to get India to lower its tariffs.

On 28 August 2008, a deal was finally concluded. The agreement was signed in 2009 and took effect (trade in goods) with 5 of the countries and India in January 2010, (Singapore, Malaysia, Brunei, Myanmar and Thailand). India is pushing – without much apparent process – for a services liberalization deal with the ASEAN countries.

Cambodia, India mulling free trade pact establishment Chea Vanyuth
20-May-2022 Khmer Times
Cambodia and India have accelerated their internal technical work to establish the negotiation for a bilateral free trade agreement.
India is in discussion with ASEAN to start FTA review: Patel
10-Feb-2022 The Times of India
India is in discussion with the 10-nation bloc ASEAN for initiating the review of the free-trade agreement in goods between the two regions to seek more market access for domestic products.
Prime Minister calls for early review of India-ASEAN FTA
1-Nov-2021 The Hindu Businessline
Prime Minister Narendra Modi has called for an early review of the ASEAN India Free Trade Agreement (FTA) in goods that the country has been insisting on to help Indian businesses gain better market access in the region.
India calls ASEAN for removal of Non-Tariff Barriers
8-Oct-2021 KNN India
Piyush Goyal, the Union Minister of Commerce & Industry, Consumer Affairs & Food & Public Distribution and Textiles, has called upon the ASEAN bloc to do away with Non-Tariff Barriers (NTBs).
Talks on possible free trade agreement with India start
14-May-2021 Khmer Times
Cambodia and India have started talks on the possible establishment of a bilateral free trade agreement as the two countries boost cooperation in all sectors, particularly trade.
ASEAN, other free trade pacts hurting domestic cocoa processing sector
3-May-2021 The HIndu Business Line
The domestic cocoa processing industry is aggrieved that India’s free trade agreements (FTAs) with the ASEAN and other nations are hurting its competitiveness given an inverted duty structure affecting their operations.
Kerala: Farmers demand that Centre withdraws from ASEAN agreement
24-Feb-2021 Newsclick
Farmers from Kerala marched to the regional office of the Rubber Board, demanding that the Centre withdraw from the ASEAN free trade agreement.
ASEAN and India agree to review FTA on decade of anniversary
12-Feb-2021 Khmer Times
Trade ministers from India and the Southeast Asian association agreed this month to start discussions on reviewing the scope of the ASEAN-India free trade agreement (AIFTA), some 10 years after it came into force. 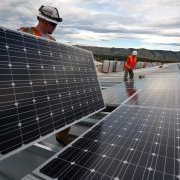 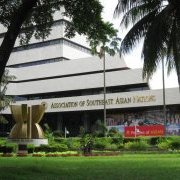 India wants to urgently review its ASEAN Goods FTA, but other countries are slow to play ball
29-Sep-2020 The Wire
India’s insistence on reviewing its free trade agreement (FTA) in goods with the ASEAN region may not be done as quickly as it hopes, as most of the Southeast Asian nations are reluctant to immediately start getting into the nitty gritty of negotiations.
0 | 10 | 20 | 30 | 40 | 50 | 60 | 70 | 80 | ... | 200
Subscribe to bilaterals.org weekly