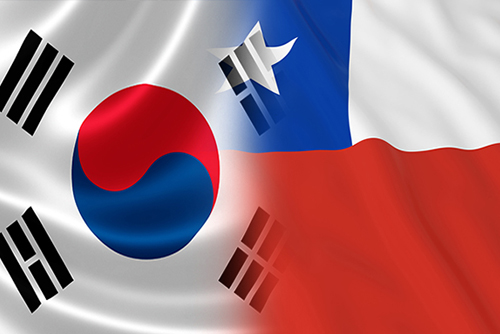 South Korea and Chile opened their first round of talks Wednesday to revise their bilateral free trade agreement to reflect changes in the market over the past 15 years, Seoul’s trade ministry said Wednesday.

The bilateral pact went into effect in 2004 as South Korea’s first FTA, opening up market access to Chile and setting the foundation for forging trade pacts with other Latin American nations.

The formal negotiation comes after the two nations agreed in 2016 to amend terms of the tract deal to reflect the latest market trend and improve market access in emerging sectors, the Ministry of Trade, Industry and Energy said.

The Seoul government said it will push to lower barriers for Korean home appliances, such as washers and refrigerators, and add terms to protect intellectual property rights of entertainment content.

The ministry, on the other hand, remained cautious about further opening the agriculture market to Chile on concerns over protests from local farmers.