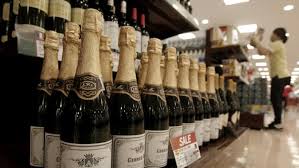 GM Korea’s exports to Europe plummeted around 20 percent in 2014 compared to the previous year. The carmaker, which had produced more than 90 percent of Chevrolets sold in Europe, took a direct hit following GM’s decision to shut down the brand in Europe.

Hyundai’s European market share decreased too following aggressive sales by Japanese automakers in the region supported by a weak yen.

In contrast, sales of European cars soared in Korea since the Korea-EU free trade agreement went into effect in 2011. Sales rose more than 28 percent last year, with German automakers BMW, Mercedes-Benz, Volkswagen and Audi ranking at the top in imported car sales here. As a result, Korea suffered a US$1.1 billion deficit in trade with the EU in the automobile sector alone, the first in 24 years.

But Korea posted a trade deficit with the EU in many sectors, including high-tech manufacturing equipment and pharmaceuticals. The total surpassed $10 billion. With the EU sliding into a prolonged economic slump, there are fears that the deficit will only get worse.

It all started after the FTA went into effect. Korea had posted 11 straight years of trade surpluses with the EU from 1998 to 2011, but the balance shift into the red in 2012.

The government had initially hoped Korea would post an average annual trade surplus of $360 million thanks to the FTA.

Lee Joon-yeop, an analyst at the Hyundai Research Institute, said, "Korea is not enjoying the full effects of the FTA, while the EU is benefiting from lowered tariffs."

European cars have become more affordable in Korea after tariffs were scrapped entirely on vehicles with 1,500 cc or larger engines in July last year.

Rising imports of European luxury products are also a burden. Imports of European handbags and cosmetics rose 10 percent and 11 percent. Semiconductor manufacturing equipment, which had been imported from Japan, as well as automotive components, are now being replaced with European products after tariffs were scrapped.