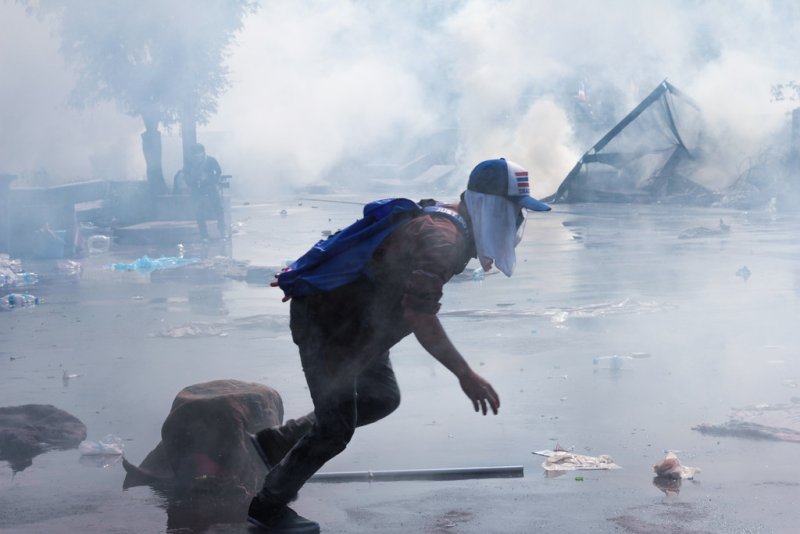 With a possible resumption of talks on the EU-Thailand free trade agreement on the cards, the European Union (EU) is being urged to require labour reform as a precondition to negotiations.

EU-Thai trade discussions began in 2013 but were suspended because of Thailand’s military coup in May 2014.

However, since elections in March 2019, and the ascension of former coup leader General Prayut Chan-ocha as Prime Minister, the EU has indicated that it sees the end of Thailand’s formal military government as an opportunity for re- engagement on trade with Bangkok.

In 2019, the EU and the Thai government began preparations for a possible resumption of the EU-Thai free trade negotiations. The EU has pledged to place respect for human rights at the core of its trade policy.

But recent events in September and October 2020 to crack down on peaceful protesters in Bangkok have raised further concerns that the EU must take into serious consideration, according to a group of 45 organisations composed of NGOs, trade unions, companies, and multi-stakeholder initiatives.

In a letter to Valdis Dombrovkis, executive vice president of the European Commission, they note Thailand’s weak labour laws fall far short of international standards. They also point out the government has a poor track record in both preventing and countering labour rights abuses such as forced labour, discrimination against migrant workers, and violations of freedom of association.

Such failures pose serious risks for buyers of goods and products from Thailand who are determined to ensure compliance with requirements to respect human rights throughout their global supply chains, the groups say.

"Blatantly discriminatory provisions of law that bar migrant workers from forming unions and bargaining collectively because of their lack of Thai nationality are feudal, rights-abusing provisions that have no place in a modern economy like Thailand," says Phil Robertson, deputy Asia director of Human Rights Watch.

"Before it does deals, the EU needs to be a force to help Thailand reform its labour sector to comply with international labour rights standards."

The letter calls for the European Union to establish a clearly defined, measurable and time-bound roadmap for Thailand to follow before trade negotiations can be restarted. In particular, it calls for this roadmap to include ratification of ILO Conventions 87 and 98, covering freedom of association and collective bargaining rights, followed by the passage of amendments to national labor laws to bring them into compliance with these core ILO conventions.

"For more than 20 years, the ILO and organisations concerned with business and human rights have repeatedly made recommendations to the Thai government regarding the ongoing denial of workers’ fundamental rights to freedom of association, collective bargaining and freedom of expression," adds Esmeralda Lopez, legal and policy director of Global Labor Justice-International Labor Rights Forum (GLJ-ILRF). "The Thai government has made many promises to ratify ILO conventions and to undertake necessary labour law reform, yet has failed to do so. No further trade benefits should be afforded without reforms being made."

Another signatory of the letter is supermarket retailer Aldi Nord, whose director CR/QA International, Erik Hollman, says: "For the global implementation of the UN Guiding Principles, it is particularly important that the strengthening of workers’ rights and appropriate standards for employment practices become an integral part of trade agreements. Human rights and sustainability should already be firmly anchored in these agreements."

The action has been led by the Seafood Working Group (SWG) in collaboration with NGO Finnwatch.

In April, Thailand lost its Generalized System of Preferences (GSP) duty-free trade privileges with the US on a raft of items, including dresses and footwear parts. The decision was taken due to the country’s failure to provide internationally-recognised worker rights.