Mr Tetteh Hormeku, Head of Programmes at the Third World Network, has advised governments in the African, Caribbean and Pacific (ACP) countries to use lessons from the Economic Partnership Agreement (EPA) for the post-Cotonou possible framework. 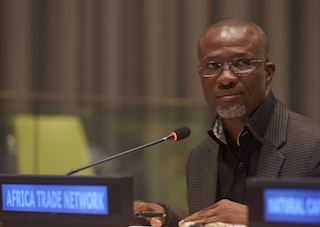 He said the ACP countries would get ’the same rotten deal we got from the EPA’ if they failed to apply the experiences gained from the EPA.

Mr Hormeku was speaking at the opening of a two-day Civil Society Consultative Seminar on the Post-Cotonou Agreement in Accra.

The Cotonou Partnership Agreement is a framework for cooperation between the European Union and the ACP Group of States and was signed in 2000 and came into force in 2003 for a period of 20 years.

The Seminar is to prepare for effective engagement by civil society organisations in the ACP countries with the Post-Cotonou processes and to influence the possible outcome and also review the key experience of the implementation of the partnership agreement.

He said as part of their advocacy work over the years around EPA, it had emerged that, ACP countries had been heavily short changed in those negotiations, the result of which had been bad for the Ghanaian economy.

The Head of Programmes said the agreement also undermined African’s industrialisation agenda and limited access of African products into the European market due to the strict standards, technical barriers and other trade conditions.

He said the EPA was the main centre-piece of the Cotonou partnership agreement and within that agreement, countries were supposed to negotiate for the EPA.

Mr Hormeku said the Seminar would come out with a framework of understanding of issues that civil society thought ACP countries ought to have going in for renegotiation and how it would better benefit them from the relationship with Europe.

He said the event was also to strategize and plan for intervention in discussions for a possible Post-Cotonou framework and it forms part of a series of activities and efforts being undertaken to consolidate on-going activities collectively and individually by Africa Trade Network members.

’The Seminar ultimately hopes to set up a platform and formulate an agenda for Africa-wide Civil Society advocacy on the Post-Cotonou processes focusing on the ad, trade and investment dimensions,’ he added.

He said the overall goal of these and other planned interventions was to ensure that the concerns and perspectives of civil society and social constituencies across ACP countries on issues of inclusive economic transformation for equitable development that came up during the implementation of the agreement were meaningfully reflected in any likely Post-Cotonou framework .

The Cotonou Partnership Agreement was successor to the Lome Convention, which was first signed in 1975 and renewed for four successive times until 1999, which for a quarter of a century defined the trade and economic ties between Africa, Caribbean and the Pacific countries and the European Union.