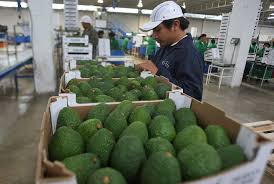 In an effort to conclude the special Free Trade Agreement (FTA) during the FY 2020-21, the sixth round of India-Peru Trade talks are scheduled for April, as both countries are making efforts to expand their trade basket. India and the South American nation are looking at the agricultural products, as well as rare minerals like Lithium, and gold, zinc and copper. A top diplomat told Financial Express Online that, “The sixth round of negotiations between the two countries is expected to take place between April 21-24 in Lima, Peru and this will help in increasing the current bilateral trade between the two which is around $ 4 billion.”

Besides liberalizing trade in goods and services, the negotiations are aimed at further enhancing the two-way commerce and investments well as the movement of professionals and procedures for customs and market access for good.

The discussions between the two countries had started in 2017 when senior officials from the Ministry of External Affairs and the Ministry of Commerce had visited Peru to identify the issues related to trade that needed to be addressed.

India is already importing gold, silver, and copper from that country which has witnessed a significant increase in the past few years as there is open trade between the two. Peruvian table grapes- the Red Globe variety, citrus fruits, avocado, grapes as well as the quinoa are now in the Indian market.

Why talks for FTA?

Both countries are keen to relax rules and norms which will help in promoting trade in services. Also, efforts are on to reduce and eliminate duties on most of the goods which are being imported in India from there.

Though it is too early to discuss, still the two sides next month are likely to talk about Peru’s latest finding of high-grade lithium. The finding is almost seven times more than what has been discovered in Bolivia and Chile.