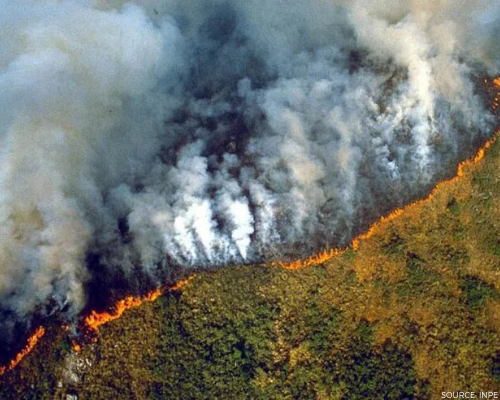 Luxembourg has joined a small number of countries to oppose signing of the Mercosur agreement in a bid to curb massive burning of the Amazon rainforest.

In a press statement published on Sunday, foreign affairs minister Jean Asselborn (LSAP) wrote that “Luxembourg will not be able to give its agreement to the signing of the agreement if Brazil does not prepare to comply now with its obligations under the Paris Agreement and in the negotiations with the European Union.”

Asselborn said that along with prime minister Xavier Bettel (DP), the government had decided to freeze the decision on signing the free trade agreement with the South American bloc.

The announcement came after G7 talks on Saturday, and after France and Ireland threatened to block the agreement if Brazil’s government did not stop deforestation.

On Friday, Youth for Climate Luxembourg demonstrated at the entrance to Luxembourg’s annual funfair, the Schueberfouer, calling for Luxembourg to do the same to put pressure on Brazilian authorities to end unchecked burning in the Amazon. According to the World Wildlife Fund, the Amazon biome is the single largest remaining tropical rainforest, measuring twice the size of India.

The lung of the planet

Described by Asselborn as the world’s “lung of the planet”, it houses at least 10% of the world’s known biodiversity and 2.7 million indigenous people. While fires happen every year, this year is particularly worrying. The Guardian reported on 23 August that the peak day this month was 700% higher than the average for the same date over the past 15 years.

The fires are mostly man-made and illegally set to clear forest for crops. In July, trees were being cleared at a rate of five football pitches every minute. Scientists believe deforestation of the Amazon is reaching a tipping point after which it will deteriorate into dry savannah.

The agreement negotiated with Mercosur contains a chapter on sustainable development, including compliance on social and environmental standards. Asselborn wrote that he expected the Mercosur partners to “respect, even before the conclusion of the negotiated agreement, the commitments made under the Paris Agreement.”

Asselborn wrote : “A change of course is therefore necessary, and Luxembourg calls on all partners to open up to dialogue and consultation in order to work towards this change of direction.”

The response comes three months months after the Luxembourg government pledged €100,000 to the Virgin Forest Association, made available through the climate and energy fund, which is managed by the environment ministry. The finance would serve to rebuild the perimeter of the Xingu reserve, which was created in 1961 to protect the environment and tributes of Xingu indigenous people in the area.