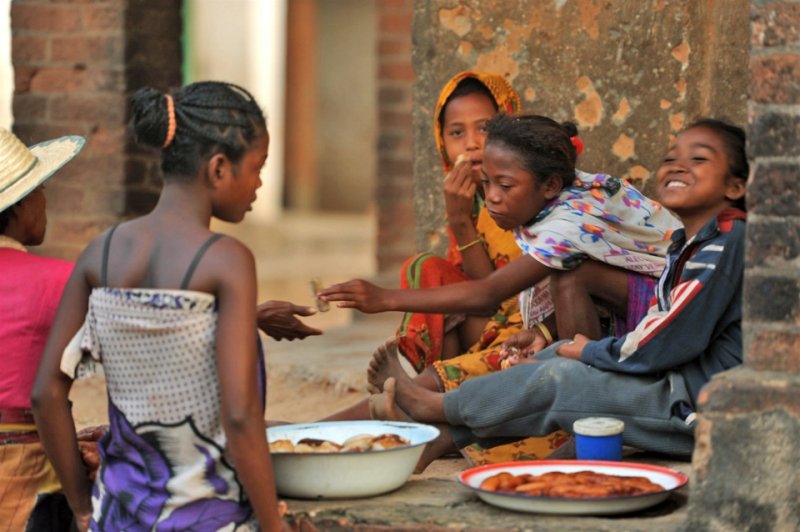 Madagascar back in the US trade fold

ANTANANARIVO, 27 June 2014 (IRIN) — As anticipated, the US government has reinstated preferential trade status for Madagascar on its 54th independence day anniversary, providing hope for the country’s embattled economy.

The 2000 African Growth and Opportunities Act (AGOA) offers developing countries duty-free access to some US markets, with the strict proviso that their governments show progress on enhancing democracy and human rights and upholding fair labour practices.

The US government suspended Madagascar’s free trade status at the beginning of 2010, following a coup in March 2009 and the failure of the transitional president, Andry Rajoelina, to make progress towards holding elections.

The holding of elections in late 2013 and the swearing-in of new President Rajaonarimampianina in January 2014 looks to have put Madagascar on the road to rehabilitation.

Until the suspension, Madagascar had been an AGOA success story. The country exported on average over US$200 million worth of goods a year under the agreement, with a peak of over $300 million in 2004, according to Zenia Lewis, a researcher with the Brookings Institution’s Africa Growth Initiative. Half of all textile exports from the country, amounting to $600 million, went to the US, and the textile sector was responsible for up to 8 percent of the country’s GDP.

The textile industry also played an important role in poverty reduction in urban centres. In 2008, it employed more than 100,000 workers, according to Takahiro Fukunishi of the Institute of Developing Economies at the Japan External Trade Organization (JETRO).

In a paper published by JETRO in 2013, Fukunishi said Madagascar’s suspension from AGOA had a larger impact on the economy than the political turmoil. Exports from Madagascar to the US fell by around 70 percent, and over 26,000 jobs were lost between 2008 and 2010.

Most of those laid-off were unskilled workers, who subsequently sought to make a living in the informal sector, hence the sudden growth in the number of street vendors in the capital Antananarivo.

"When AGOA was suspended, we said `AGOA or no AGOA, we will go on.’ I have over 200 mouths to feed," said Voahangy Ramananaherisoa, owner of the Kaliana textile company.

"When AGOA was suspended, we said `AGOA or no AGOA, we will go on.’ I have over 200 mouths to feed" Ramananaherisoa started her garment factory, which produces high-end embroidered girls’ dresses, 10 years ago, when she found a US client who offered to work with her. The enterprise flourished under AGOA. Suspension meant some painful readjustments. In its heyday, the Kaliana factory employed 250 permanent workers, working for a minimum salary of about $49 a month. That number is now down to 130, with Ramananaherisoa employing casual workers when there are extra orders.

"Overnight, our products became 30 percent more expensive. Many factories, especially those who paid the taxes themselves, closed their doors. It wasn’t worth producing any more. Last year, 2013, was so bad that I thought we wouldn’t make it through another year without the agreement."

Ramananaherisoa cut a deal with wholesale agents, bringing down her own margins by15 percent; but she has had to cope with diminishing orders, rising costs and a brake on expansion and investment.

Access to European markets is still there under the interim Economic Partnership Agreement (EPA) since 2008, but Ramananaherisoa says her company depends overwhelmingly on US markets, stressing that even without AGOA, 80 percent of their exports went to the US.

After presidential elections and the forming of a government earlier this year, Madagascar had been asking to be restored to AGOA. “There is positive momentum: a key criterion for AGOA is `governing justly’, and the replacement of the coup regime of 2009 - by a diverse government appointed after internationally observed elections - is a very positive step," said Eric Wong, chargé d’affaires at the US embassy in Madagascar at a ceremony in Antananarivo in April.

Even with AGOA reinstatement, textile industry insiders warn recovery will not be immediate. Ramananaherisoa talks of a six-month wait before a positive impact is felt, as prices have been fixed and it takes time for new orders to come in. But she remains confident. "The potential market is still there, so I’m sure the investors will come back under AGOA.”

Announcing the reinstatement decision, US Trade Representative Michael Froman said: “We are hopeful that Madagascar will take advantage of AGOA’s potential to create employment, expand bilateral trade, and contribute to the economic well-being, security, and health of its people.”

Swaziland goes the other way

As expected, the AGOA status for Swaziland was revoked for not having “demonstrated progress on the protection of internationally recognized worker rights. In particular, Swaziland has failed to make continual progress in protecting freedom of association and the right to organize. Of particular concern is Swaziland’s use of security forces and arbitrary arrests to stifle peaceful demonstrations, and the lack of legal recognition for labor and employer federations.”

“The withdrawal of AGOA benefits [from Swaziland] is not a decision that is taken lightly. We have made our concerns very clear to Swaziland over the last several years and we engaged extensively on concrete steps that Swaziland could take to address the concerns. We hope to continue our engagement with the Government of the Kingdom of Swaziland on steps it can take so that worker and civil society groups can freely associate and assemble and AGOA eligibility can be restored,” said Froman.