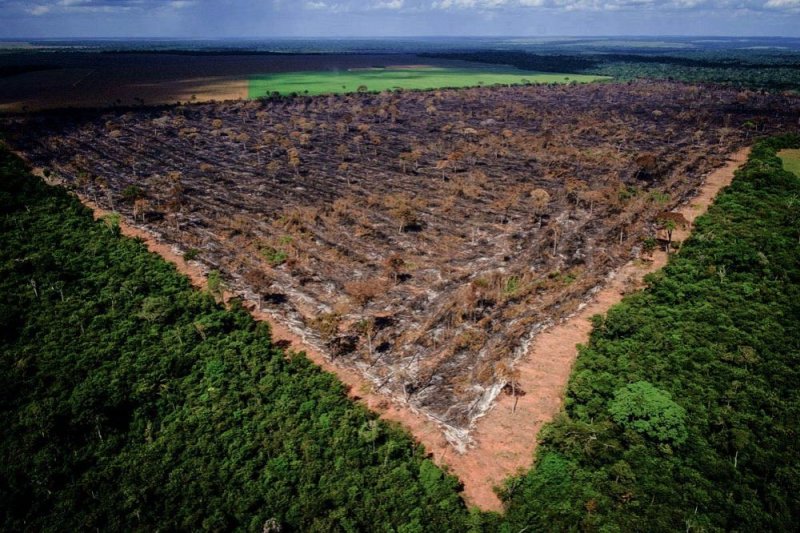 ASUNCION (Reuters) - Mercosur ministers reported progress on the final text of a trade agreement with the European Union on Wednesday on the eve of a summit meeting overshadowed by French President Emmanuel Macron’s latest comments against the deal.

Leaders of the South American trade bloc will hold a virtual summit on Thursday and are expected to discuss the COVID-19 pandemic, trade deals with Canada, Singapore, South Korea and start to review adjustments to their common external tariff.

But the most pressing topic will be concluding the free trade agreement with the EU that has taken two decades to negotiate and was agreed to in principle last year.

Brazilian Foreign Minister Ernesto Araujo told his counterparts the legal bullet-proofing of a document governing the agreement was all but done, thanks to “cooperation and flexibility” to overcome final differences.

“I hope our coordinators can conclude the text and annexes with the European negotiators after the northern hemisphere summer” and then it will be ready for signing, Araujo said.

On Monday, speaking in Paris to a group of French citizens proposing ways to lower greenhouse gas emissions, Macron said he agreed that France should not sign any agreements with countries that do not follow the Paris Agreement on climate change.

“I share your proposal and that is why on Mercosur, I stopped negotiations altogether,” he said.

Last year, Macron said he would not sign any trade deal with Brazil if its president, Jair Bolsonaro, pulled out of the Paris accord, threatening to upend the EU-Mercosur negotiations.

Bolsonaro backed off but environmentalists in Europe have pressed to block the trade deal anyway, citing his government’s failure to curb destruction of the Amazon rainforest.

The election of Peronist President Alberto Fernandez in Argentina last year also cast doubts on the EU trade accord with Mercosur, the world’s fourth-largest trade bloc. He has said he wanted to renegotiate parts of the proposed agreement.

Argentine Foreign Minister Felipe Solá, however, said on Wednesday that Argentina would not obstruct the advance of the agreement with the EU, even though it gave his country’s farmers less market access than the Uruguay Round in 1993.