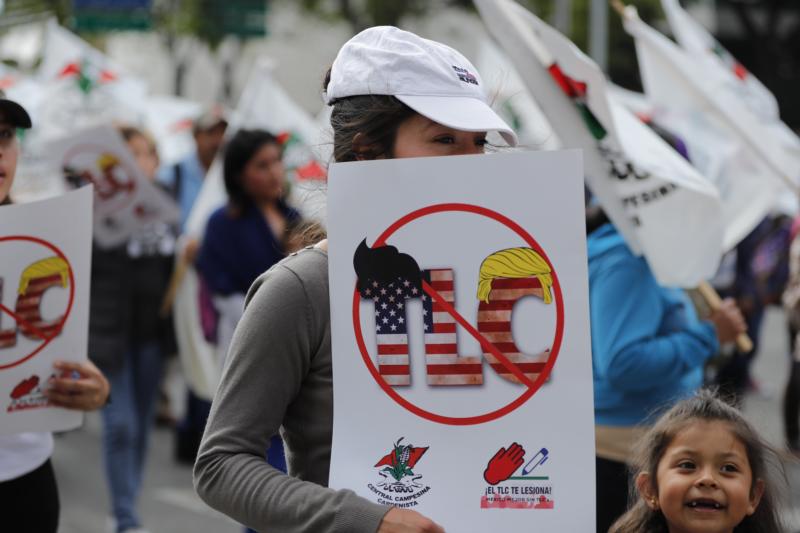 The Mexican government notified Canada and the U.S. late Friday that it is ready to implement the revised North American trade agreement, leaving it up to the Americans now to decide when the deal should take effect.

Jesús Seade, Mexico’s chief negotiator, announced the news on Twitter overnight, saying in Spanish that "with this, we will have a modern instrument that will strengthen the competitiveness of the region and energize the trilateral relationship."

Juan José Gómez Camacho, Mexico’s ambassador to Canada, followed that tweet with one of his own on Saturday morning, adding that "this new instrument will strengthen the North American region and provide new dynamism to our economies."

Canada was the first to notify its NAFTA partners Thursday that it was ready to set a date for the revised deal to take effect.

All eyes are now on the U.S. government to decide when it wants to proceed.

All three countries have ratified the deal.

The text of the agreement says it will take effect on the first day of the third month after all three partners have notified the others they’ve changed their relevant laws, regulations and other administrative systems and are ready to comply.

If the U.S. gives its notice before the end of April, the earliest the new measures could take hold is July 1.

Prime Minister Justin Trudeau said on Saturday that Canada will continue to work with Mexico and the U.S. on implementing the new NAFTA, but he said the deal is taking a back seat to the response to COVID-19.

"The people who usually work very, very hard on ratification of trade deals are — like most people in government — very much focused on our response to COVID-19, and that needs to be our priority right now," said Trudeau.

In the meantime, Trudeau said, the previous NAFTA agreement remains in place.

It’s not clear how soon the U.S. will act.

The Trump administration had wanted the deal in place before June 1. But that was before COVID-19 substantially disrupted the North American economy and dramatically altered cross-border travel and trade.

On Monday, a bipartisan group of American senators called for a delay, saying "a long experience of incomplete and inadequate implementation by trade agreement partners has taught us that the United States must do this work on the front end to ensure that the words on paper deliver genuine benefits to Americans."

Key industries that have to make substantial changes as a result of the deal, such as the automotive sector, have been siginificantly disrupted by the coronavirus, with some facilities no longer able to focus on re-evaluating their North American supply chains for compliance, as they retool instead to make urgently needed medical equipment.

"The COVID-19 pandemic has impacted governments, businesses, workers, and farmers globally, leaving little, if any, time and resources to prepare for a smooth transition to [the United States–Mexico–Canada Agreement]," the senators’ letter to United States Trade Representative Robert Lighthizer said. "USMCA should not enter into force prematurely."