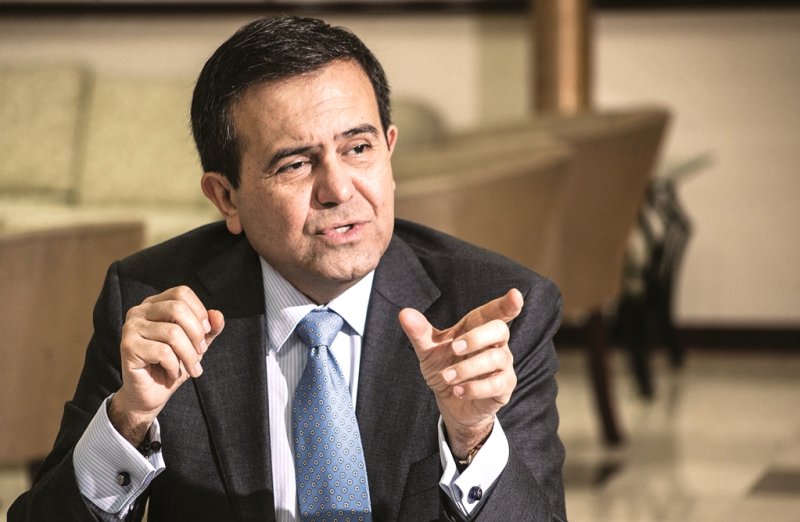 (Reuters) - The remaining countries of the Trans-Pacific Partnership (TPP) hope to agree in November on how to preserve the market access enshrined in the trade deal, Mexico’s economy minister, Ildefonso Guajardo, said on Tuesday.

The future of the TPP, an accord between 12 nations finalized in 2016 after several years of talks, was thrown into limbo after U.S. President Donald Trump took office in January and quickly withdrew the United States from the agreement.

Leaders from the so-called TPP-11 countries meet in Vietnam next month at a summit of Asia-Pacific Economic Cooperation (APEC) members, and Guajardo said the respective governments were working on brokering an agreement there.

"What we have committed (to), looking forward to the APEC meeting, is that leaders in APEC in the TPP 11 will be able to strike a (deal) or reach a unified consensus ... that will maintain the level of ambition of market access of TPP," he told reporters as a fourth round of talks to rework the North American Free Trade Agreement (NAFTA) was ending in Washington.

"Obviously, you have to work with 11 countries, and one or two of them may have different views in terms of disciplines," the minister added, without naming any countries.

Though the remaining members say they are still committed to the TPP, implementation of the agreement linking countries with a combined GDP of $12.4 trillion has stalled, raising fears that other countries could follow the U.S. lead and withdraw.