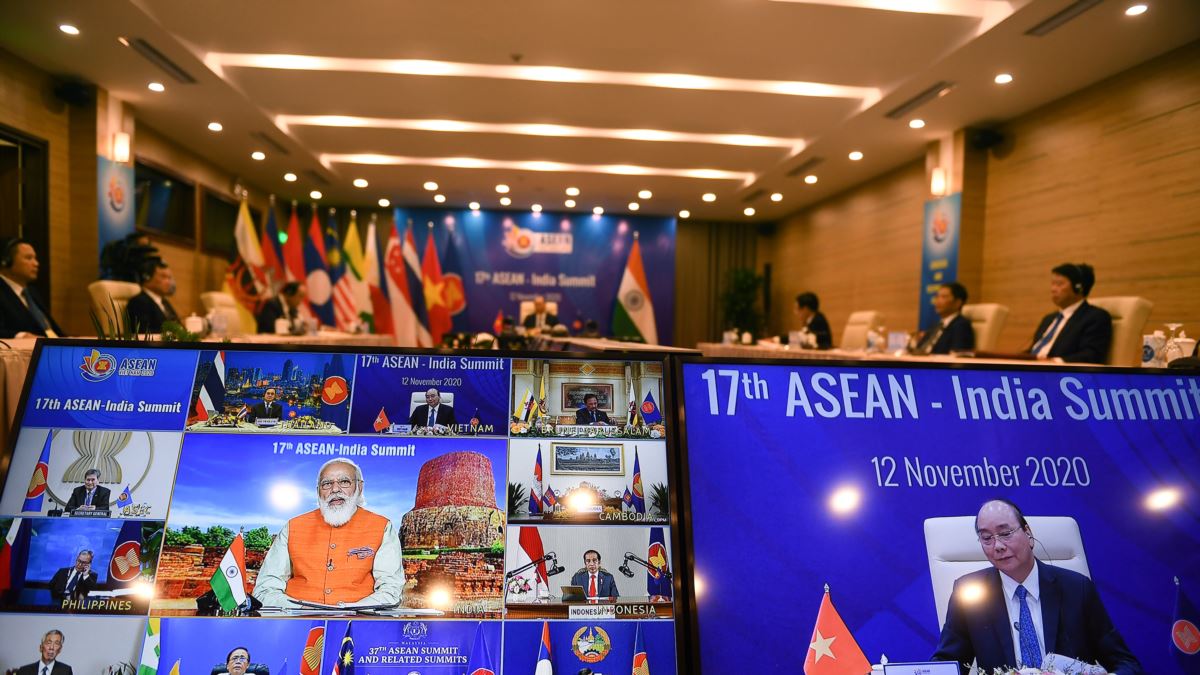 Prime Minister Narendra Modi called for an early review of the ASEAN-India trade in goods agreement that has been pending for a long time at the virtual ASEAN-India Summit on Thursday.

“On trade and investment, the review of ASEAN-India Trade in Goods Agreement (AITIGA) has been long pending. The Prime Minister called for an early review of the Agreement. He underlined the importance of diversification and resilience of supply chains for post-Covid economic recovery,” Das said.

Reviewing FTAs Last year, India had called for a review of the India-ASEAN FTA in goods, which came into effect in 2010, to address concerns related to its growing trade deficit with the ten-member bloc. New Delhi wants greater market access in certain items and also a simpler and more user-friendly agreement so that utilisation from the Indian side increases.

RCEP deal On India’s outlook towards the Regional Comprehensive Economic Partnership (RCEP), which it walked out of last year and which is expected to be solemnised between the remaining 15 member countries soon, the Secretary said that India did not join as it does not address outstanding issues and concerns. “We remain committed to deepening our trade relations with ASEAN,” Das said.

The Indian PM stressed on leveraging strong ASEAN-India ties in the fight against the Covid-19 pandemic and announced a contribution of $ 1 million to COVID-19 ASEAN Response Fund. “He underlined the importance of cooperation and regular exchanges in the field of traditional medicines as a source of healthy and holistic living,” Das said.

The ASEAN leaders welcomed India’s role in enhancing digital and physical connectivity in the region. The report by Jakarta-based think tank Economic Research Institute for ASEAN and East Asia (ERIA) on East-ward extension of the India-Myanmar-Thailand Trilateral Highway to the CLMV (Cambodia, Laos, Myanmar and Vietnam) region was noted as an important step in enhancing connectivity in the region. “The report is being examined for implementation,” Das said.