With the publication this month of regulations spelling out Turkey’s new free trade agreement with Moldova, Turkey now boasts 19 such deals with various countries and blocs. 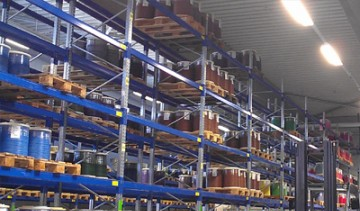 According to data compiled by Anadolu Agency, under the deal, Turkey has entirely eliminated custom duties for industrial goods imported from Moldova, while Moldova has done the same for 97 percent of industrial products coming from Turkey.

The deal, a milestone pact for economic and commercial ties between Turkey and Moldova, will allow Turkish exporters unprecedented duty-free access to Moldova, one of the region’s emerging markets. Mutual investments and associated enterprises are also expected to boost trade between the two countries.

Although Turkey and Syria had a free trade pact, it is currently suspended due to the ongoing conflict in the region.

Regulations are still being drawn up for the free trade deals Turkey has signed with Lebanon, Kosovo, the Faroe Islands, and Singapore.