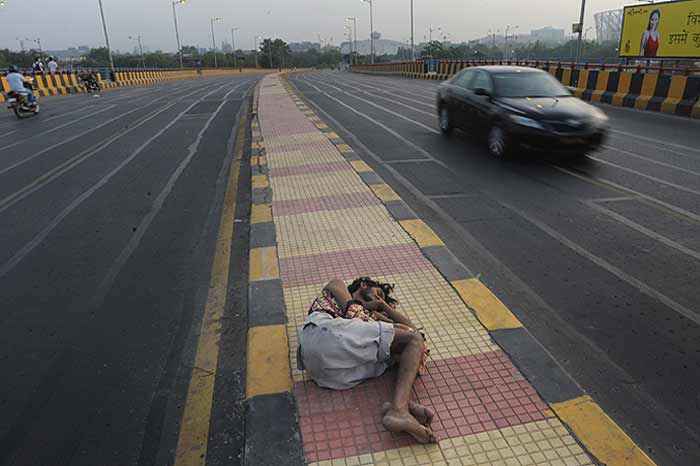 "The FTA is a win-win situation for all," Steiner told IANS in New Delhi. (AFP photo courtesy of Outlook India.)

However, Indian automobiles industry says sector being included in FTA will kill investments and technology flow into country

"I hope the negotiation will restart soon after the new government assumes office as the FTA is a win-win situation for all," Steiner told IANS here. The FTA covers a wide variety of areas such as insurance and automobiles to spirits and wines.

However, the Indian automobiles industry has raised an alarm over the sector being included in the FTA, claiming it will kill investments and technology flow into the country, resulting in under-achievement of the government’s automotive mission plan.

Negotiations on the FTA, officially dubbed the Broad-based Trade and Investment Agreement (BTIA) between India and the 27-nation EU, were launched in June 2007 but have been facing hurdles with both sides having differences on crucial issues.

According to the Ambassador, the the business and political class of both sides are in favour of concluding the trade and investment agreement soon, as a similar agreement is in works between the EU and the US.

"It (India) should not miss this opportunity of getting aboard the FTA agreement, as the country requires investment and trade to grow further. There is confidence in the Indian economy; that’s why so many German companies are working and investing here."

Major German automobile manufacturers like Audi, BMW, Mercedes, and Volkswagen Group are present in the country. They have achieved healthy growth numbers, while the rest of the Indian auto industry faced a downturn.

The latest to enter the Indian market are the wine makers who are trying to promote a select range of white and red wines, which the ambassador claims goes best with spicy Indian food.

The envoy elaborated the efforts being made by EU countries for resolving the European debt crisis, including the use of two major instruments like the European Stability Mechanism (ESM) and the Fiscal Compact.

"We have done a lot and have put in place certain key measures like ESM and Fiscal Compact to stabalise the EU zone," Steiner added.

The ESM provides for buying up to 780 billion Euros (around $1 trillion) sovereign bonds of euro zone countries which are under financial stress.

The Fiscal Compact envisages a singular economic governance policy for the euro zone, including monetary policy, and further integration.

(Rohit Vaid can be contacted at rohit.v@ians.in)