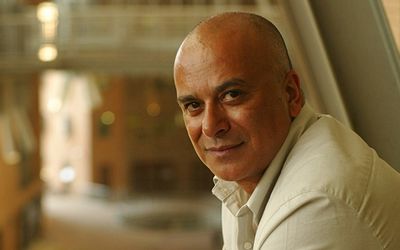 New law to deal with compensating foreign investors for expropriation

ONE of the most contentious issues dealt with in a draft new Foreign Investment Bill, which the Department of Trade and Industry will present to an interministerial committee in the next few months, will deal with how the South African government will compensate foreign investors in the event of expropriation, deputy director-general of international trade Xavier Carim said on Friday.

He insisted, however, that the proposed bill was unlikely to frighten off foreign investors, none of whom really cared about the bilateral investment treaties, which will be phased out.

Mr Carim stressed that the proposed bill would codify and clarify the compensation given to investors under the constitution, which provides that they will receive "just and equitable" compensation in the event of expropriation.

This would replace the "market value" protection provided in many of South Africa’s bilaterial investment treaties and would take account of factors such as the history of the investment and the contribution of investors.

There had been a number of international arbitration cases on the question of compensation over a number of years, Mr Carim said in a briefing to Parliament’s trade and industry committee.

He said the proposed bill would clarify and define expropriation and the scope of the protection provided — for example, what types of investment (such as portfolio or direct investment) would be covered.

Trade and Industry Minister Rob Davies stressed that the new model of investor protection was not intended to withdraw protection but to modernise and improve the regime. It would also ensure consistent treatment of all foreign investors, who were treated differently under the different bilateral treaties.

The announcement that South Africa would not enter or extend any bilateral investment treaties, unless there were compelling economic reasons to do so, caused an uproar in the media, which Mr Davies said "caused more heat than light" on the matter. Most of the treaties to be terminated are with European countries.

Mr Carim explained that the draft bill would provide security and protection to all investors and ensure an "appropriate balance between the rights and obligations of investors and those of government".

He said it would also preserve the government’s right to regulate in the public interest, such as on matters relating to the environment and public health.

Mr Carim said the bill would deal with issues such as black economic empowerment.

The department, on the instruction of the Cabinet, has undertaken a review of bilateral investment treaties along with many jurisdictions around the world. Reviews of investment protection have also taken place in Australia, Brazil, Canada, Norway, the US and Sweden, with which Mr Carim shared a concern that the first-generation treaties contained many ambiguous and unpredictable provisions.

Mr Carim said a key finding of the review was that South Africa needed regulations that balanced effective protection of foreign direct investment with measures that insured it supported national development and established beneficial linkages to the national economy.

The review indicated there was no clear relationship between the existence of a bilateral investment treaty and increased inflows of foreign direct investment.

He said the new generation of bilateral investment treaties aimed to reduce the risks inherent in earlier agreements, which contained provisions that were inconsistent with the constitution and the law.