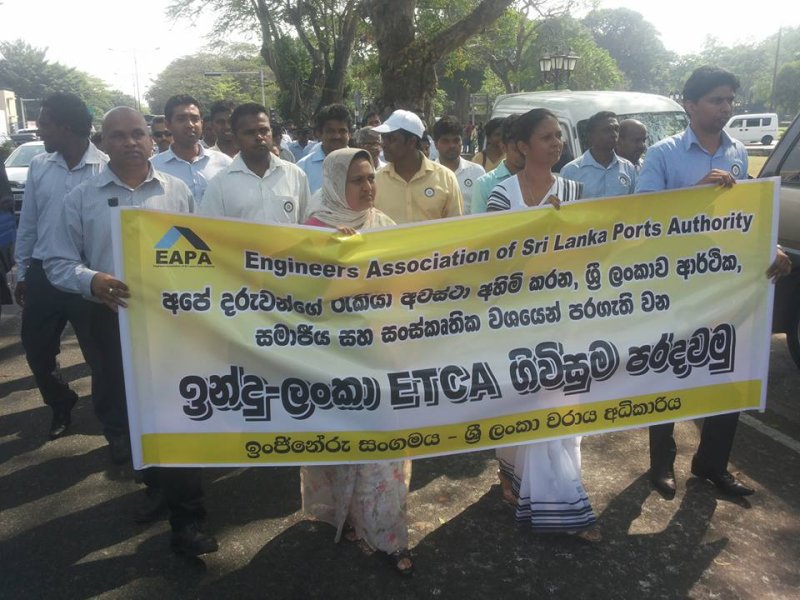 Next round of ETCA negotiations set for next month

The next round of talks on the proposed Economic and Technical Cooperation Agreement (ETCA) with India is scheduled to take place next month.

Minister of Development Strategies and International Trade Malik Samarawickrama told Parliament today that six rounds of talks on ETCA have been completed.

He said the key objective of ETCA is to resolve the implementation issues on the existing Free Trade Agreement with India.

The Minister noted the importance of the deal for Sri Lanka, saying India is expected to be fastest growing economy in the world in the coming years.

Samarawickrama said that in discussions held so far India has agreed to address non-tariff barriers in the Indian market as well as procedural barriers.

He also said that Sri Lanka is negotiating the removal of quotas on apparel and pepper.

Meanwhile, the Minister also said that the proposed China-Sri Lanka FTA will generate nearly 700 million US dollars of trade.

He said the apparel sector alone is set to gain 400 million US dollars in new trade.

Samarawickrama said that to date, six rounds of discussions have been completed with China on the FTA.

He said that during the six rounds substantial progress has been made.