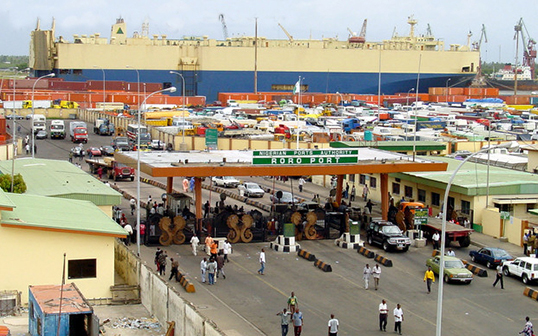 Nigeria may lose over 60per cent revenue currently being generated from her seaports across the country when signatories to the African Continental Free Trade Area (AfCFTA) ratify the pact and the common Economic Community of West African States (ECOWAS) tariff fully implemented.

The implementation of common ECOWAS tariff will make Nigeria lose businesses because it means that once a tariff is paid in one country, no other tariff will be paid in any other country in West Africa.

Also, prior to ratification, signatories to the AfCFTA will be looking for more colour on the pledge that the free trade area will move 90 per cent of tariff lines to zero duty.

Analysts at FBN Quest noted that though the lines in question are yet to be identified, the measure is not based upon values or tonnages, “but on the number of lines, we understand.”

Nigeria officially put off signing the framework agreement for establishing the AfCFTA following protests by major labour unions that the deal would harm the local economy.

“The Manufacturers Association of Nigeria is reserving its judgment and adamant that it does not have a protectionist agenda. As with an Economic Partnership Agreement (EPA) with the European Union, which it declined to sign, it wants to be sure that the area serves the interest of its members.

Additionally, it fears a surge of imports from the EU through Morocco, which has signed an EPA and applied for membership of ECOWAS. This application has not been welcomed with enthusiasm by some community members (including Nigeria).

“In Kigali, the African Union (AU) also considered a protocol on the free movement of persons and an African passport, which we understand 27 members signed. The more integration on the menu, the fewer diners at the table, “said FBN Quest.

It added: “UNCTAD is said to have estimated that the removal of the import tariffs would boost regional trade by one third and lift Africa’s GDP by one per cent over time. This looks less exciting when we consider similar broadbrush estimates for the impact of full access to electricity and the internet right across Africa.

“It is logical for trade agreements to come before currency unions. This has been the sequence of events in the European Union, the East African Community, where the single currency remains a step too far for members, and ECOWAS, where such a project even for a handful of its members has proved a still greater challenge.”

Furthermore, they said that the debate post-Kigali seems to overlook the fact that Africa already boasts a currency union with harmonised trade policy.

“The Franc Zone consists of 15 African states under three separate treaties. We can disagree whether the zone has been a developmental success although we may conclude that results have been mixed since its members have generally supported AfCFTA,” the analysts added.

Buhari had last month cancelled his trip to Kigali, Rwanda, to attend an Extra-Ordinary Summit of the African Union on March 21, to sign the framework agreement for establishing the AfCFT. According to a statement by the foreign ministry spokesman, Tope Elias-Fatile, “this is to allow more time for input from Nigerian stakeholders.”

The Federal Executed Council had approved the signing of the deal, which it said would boost the country’s export, “spur growth and boost job creation as well as eliminate barriers against Nigeria’s products and provide a dispute settlement mechanism for stopping the hostile and discriminatory treatment directed against Nigerian natural and corporate business persons in other African countries.”