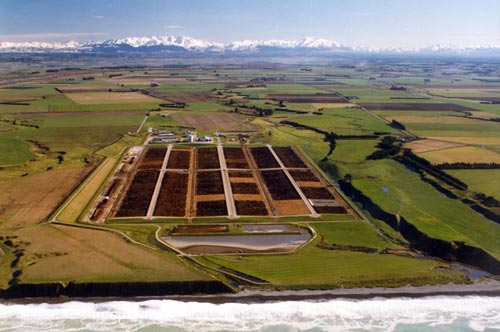 The Five Star feed lot is the largest commercial feed lot in New Zealand, with up to 20,000 cattle at any one time

New Zealand trade negotiators are trying to get their European counterparts to recognise that the nation’s agricultural exports are small-fry in comparison to the regional bloc’s farming sector.

The second round of free trade negotiations between New Zealand and the EU is underway in Wellington, with 31 European officials in the capital to make progress in a deal politicians say they’re keen to fast-track.

In a 90-minute public forum, the chief negotiators - Peter Berz for the EU and Martin Harvey of the Ministry of Foreign Affairs and Trade - said there was a lot of commonality between the parties, but that agriculture is a sticking point.

Harvey said New Zealand’s size is something trade negotiators always have to deal with.

While New Zealand’s agricultural exporters are well-known, that reputation can inflate the perceived threat to other markets. The 29-member EU is the world’s largest agricultural trading entity, he noted.

"Often the perception is way out of whack with what the reality is, both of current trade and what would actually happen under a liberalisation scenario," he said.

Harvey drew on the EU’s impact assessment of free trade agreements with both New Zealand and Australia to support his point.

The modelling indicated a deal would increase EU exports of meat such as pork, dairy, and other food and beverages, while New Zealand exports of dairy, beef and horticulture would rise.

European beef production would face the biggest decline, while New Zealand beef and horticulture output, and dairy to a smaller extent, would increase.

Berz said the EU was aware New Zealand’s primary export products were agricultural and that greater market access will be a key sticking point. However, agriculture always comes up as an issue in all the bloc’s negotiations, he said.

Harvey said geographical indications - which restricts the use of regional names in the sale of products - are a particular area that will need to be worked through.

Both parties have been tasked by politicians to pursue an ambitious agenda on sustainable development goals to encourage better outcomes for areas including the environment, labour rights, and corporate social responsibility.

The EU is in the process of commissioning a trade and sustainability impact assessment, which will analyse the agreement’s potential impacts on issues such as human rights, gender, and the environment.

The negotiations are taking place against the backdrop of growing trade protectionism, something Finance Minister Grant Robertson noted yesterday as a key risk to the domestic economy.

She said the three priorities in building a trade system that works for everyone involves cooling current disputes, modernising the current system, and introducing domestic policies to ensure trade benefits more people.