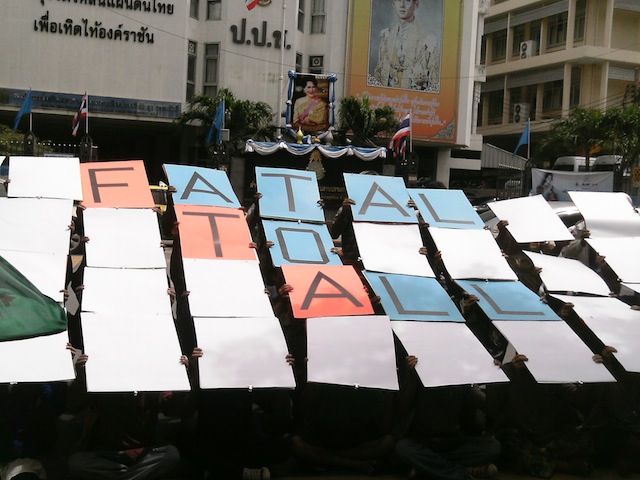 The Trade Negotiations Department looks set to conclude the overall study of the long-awaited free trade agreement (FTA) with the EU and send the report to the commerce minister for consideration this month or early next.

Director-general Auramon Supthaweethum said the department will hold a forum on the planned Thai-EU FTA to hear comments from the private sector, civil society and farmers on Sept 22.

"Comments available on the forum and the final study will be proposed to the commerce minister by the end of this month or early next month at the latest," she said. "All vetting processes including the cabinet’s approval are likely to be able to conclude within this year, and negotiations are anticipated to start early next year."

According to Mrs Auramon, the vetting process coincides with the selection process of a new EU trade commissioner to be appointed later this year. Phil Hogan resigned in August after the Irish government accused him of breaching Covid-19 guidelines.

"As far as we’ve consulted the Thai private sector, all agree Thailand should revive the free trade talks with the EU," Mrs Auramon said. "Without the pact with the bloc, Thailand loses a lot of trade competitiveness edge to other exporting countries."

The EU is Thailand’s fifth-largest trading partner in the world, trailing Asean, China, Japan and the US.

Bilateral trade between Thailand and the EU totalled US$44.5 billion in 2019, accounting for 9.2% of the country’s trade with the global market. Of the total, exports accounted for $23.58 billion and imports made up $20.91 billion.

FTA negotiations between Thailand and the EU were put on hold after the 2014 coup. The EU protested the suspension of democracy.

Thailand held a general election in March 2019 and a pro-army coalition of parties formed a government, officially ending five years of military rule.

A joint study last year by the Trade Negotiations Department and the Institute of Future Studies for Development said that an FTA with the EU would stimulate not only exports, but imports and investment as well, helping boost Thailand’s GDP growth by 1.63 percentage points a year.

Other economic measures such as household consumption and public welfare would benefit also, Mrs Auramon said.