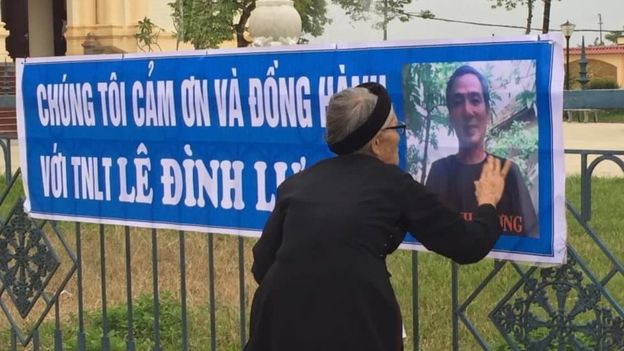 Open letter to the European Parliament: Human rights before free trade with Vietnam

We, the undersigned organizations, urge members of the European Parliament to delay consideration of the free trade agreement with the Socialist Republic of Vietnam. As the most ambitious free trade deal between the EU and an emerging economy to date, it is essential that the European-Vietnam Free Trade Agreement (EVFTA) truly supports EU human rights values through trade. So far, the Socialist Republic of Vietnam has only offered empty promises.

After negotiating the draft agreement in 2016, the Vietnamese government undertook a sustained crackdown against human rights defenders, citizen journalists, and environmental activists. Laws, courts and the legal system have been used to criminalize the peaceful exercise of internationally protected rights and to deny fair trial rights and access to effective remedies. Rights criminalized included freedom of expression, assembly, association, to participate in public affairs and the right to engage in human rights advocacy. Victims are routinely subjected to arbitrary detention and other atrocities. Rather than build confidence in its human rights commitment, the Socialist Republic of Vietnam has increased its repression , and continues to violate the international norms and laws that it has ratified.

On 18 October 2018, the Vietnamese authorities upheld the 20-year sentence of Le Dinh Luong, an environmental activist that thirty-two Members of the European Parliament had c​alled to be released​.

During the time when representatives of the EU were in Vietnam to sign the EVFTA, political prisoners in Camp 6 of Nghe An province undertook a ​hunger strike to protest poor conditions in detention—including the removal of electric fans from the cells while the summer heat pushed indoor temperatures to over 42 degrees Celsius. This ill-treatment is an example of the systematic efforts by the Vietnamese government to physically and psychologically ​torture prisoners of conscience.​

Furthermore, Vietnam’s new ​Cyber Security Law threatens freedom of expression and user privacy. In recent years, Vietnamese citizens have used social media to expose environmental disasters such as the Formosa toxic spill and uncover poor working conditions. This law criminalizes those who share information about social issues. It enables internet censorship that is contrary to transparency and the interests of European investors.

Therefore, the EU should only expand its economic relations with Vietnam when the Hanoi government:

● Satisfies the human rights benchmarks outlined in ​the letter of thirty-two members of Parliament (17 Sept 2018), including repealing articles in Vietnam’s penal code that directly violate the International Covenant on Civil and Political Rights. ● Adheres to labor standards that Hanoi has so far only offered to ratify, specifically International Labour Organization (ILO) Convention 87 on the right to organize, 98 on collective bargaining, and 105 on the abolition of forced labor. ● Comply with the recommendations of the UN treaty monitoring bodies including the UN Human Rights Committee and the UN Committee Against Torture and of the UN Working Group on Arbitrary Detention and other UN Human Rights Council Special Procedures.

The Socialist Republic of Vietnam must demonstrate its commitment to respect and ensure international human rights that are guaranteed and established by the Universal Declaration of Human Rights, the International Covenant on Civil and Political Rights and other international and regional instruments. Otherwise, the EU would risk trade with a state that represses citizens who advocate for environmental protection, worker rights and the rights and freedoms recognized and guaranteed by international laws and standards that are binding on Viet Nam.

Thank you for your support.