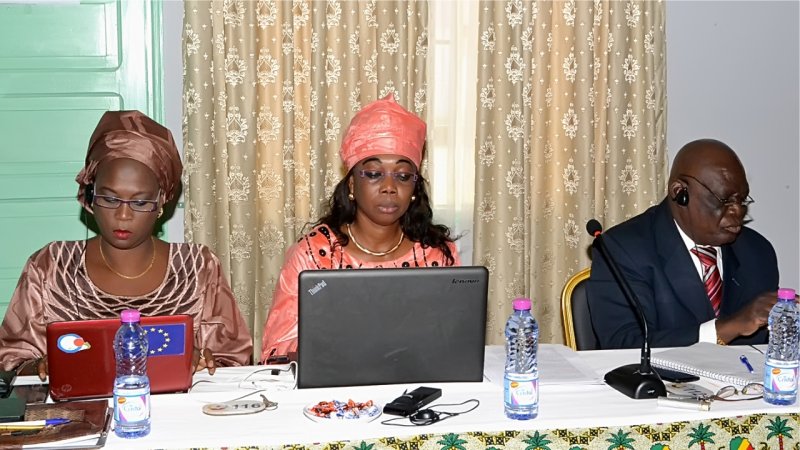 The Conference gathered 35 participants, comprising leaders from African trade union centres, the ITUC-Africa, ETUC, and ITUC, and experts from civil society and academia. African and European trade unions dis- cussed labour provisions in EPAs, past experiences of liberalisation, the expected impact on African labour, on women, on agriculture and on industrialisation. A session was dedicated to the Continental Free Trade Agreement. The Conference finished with a press conference.

Although each EPA has its own elements and content, the Trade Union Conference on EPAs concludes that African Parties and the EU should not pursue the EPAs, especially in their current form. Analysis shared at the Conference suggests that the EPAs will not promote the rights and interests of workers in Africa. In summary, the Conference identified the following concerns:

1. Labour rights commitments are poor and decent work creation is not guaranteed. The monitoring of the agreements does not follow the EU’s approach found in other EU trade agreements. 2. The EPAs are expected to affect women workers adversely more than men workers. There is no gen- der impact assessment yet and certainly, the impact on women workers has not been taken into ac- count in the negotiations. 3. The EPAs could have negative consequences on agro-food production in African countries as tariffs on agricultural imports are to be decreased over time. Safeguard measures are included but not easy to trigger. 4. The share of manufacturing in Africa’s GDP has declined since the 1990s due to previous liberalisa- tion through the WTO and trade agreements. The EPAs would further shrink policy space and Africa’s industrialisation goal would be harder to achieve. Rendezvous negotiations in the future could push further liberalisation in areas most African countries are not (and will not) be ready to open up.

The Conference makes these recommendations:

1. Independent impact assessments should be prepared for each regional integration process, taking into account gendered impact. 2. We urge that any future negotiations respect African regional integration processes and policy space, and take into account the development concerns of African countries. The current EPA negotiations should stop; signed EPAs should not enter into force in their current form; and interim EPAs should be repealed. 3. African governments should improve their trade and industrial policy together, and take into account the analysis for different models of integration before rushing into a Continental Free Trade Agreement. 4. African governments should take measures to improve their capacity to negotiate and create their own impact assessments, so that future negotiations are informed.