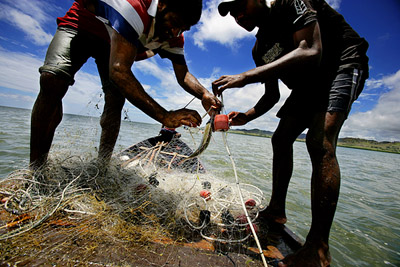 The European Union have proposed a 3 year pause in negotiations on the Economic Partnership Agreement.

According to the Permanent Secretary for Industry and Trade Shaheen Ali, this recent correspondence from the EU to the African Caribbean Pacific Ministers is being moved in the hopes that all parties will resolve a number of contentious issues.

Ali adds there’s been very little progress in the Comprehensive EPA negotiations since October 2013, due to a number of contentious issues including the EU’s access to fisheries stock and conservation and management measures.

EU’s Head of Delegation Pacific – Ambassador Andrew Jacobs admits a substantive agreement may take a while yet.

“At the moment, I must say negotiations have not been easy, we have quite a lot of differences in views in relation to conversation of fish stocks in the Pacific and I think until we’ve overcome some of the obstacles in the Fisheries sector, it’s going to be quite difficult to move towards the conclusion of the comprehensive agreement.”

The Pacific region has the largest tuna stocks in the world and there have been significant differences between the EU and the Pacific ACP states.