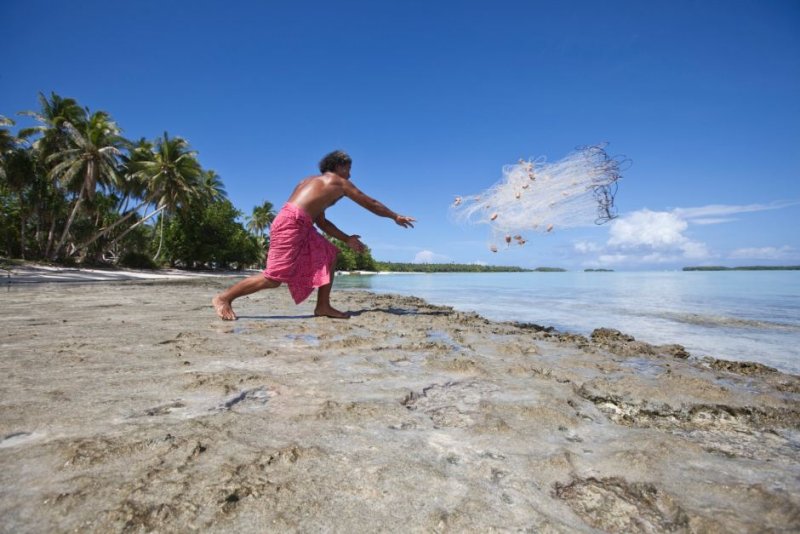 PHOTO: A fisherman casts his net in Tuvalu. For many Pacific countries, fish is their one big resource. (Oxfam: Rodney Dekker)

Pacific trade ministers have still had no reply to their threat to pull out of long-running negotiations with Europe for an Economic Partnership Agreement.

In the letter, Dr Latu said Pacific trade ministers are alarmed at proposals being made by Europe and deeply concerned about Europe’s treatment of the region.

He told the Commissioner Gucht that if no tangible progress is made before the Pacific Islands leaders meeting in September, the negotiations for a much sought-after Agreement are likely to be terminated.

"All the member countries are very disappointed with the European Union, especially the failure to respond to some of the outstanding issues that the Pacific trade ministers have raised in the past ten years," Dr Latu told Radio Australia’s Pacific Beat.

"As a member country, we think we have been mistreated by the EC, especially when it comes to fisheries issues."

The Pacific is home to more than half the world’s tuna and European fishing boats are keen to be granted access to the region’s waters.

Minister Latu has accused Europe of pursing its own interests and trying to turn the Economic Partnership Agreement into a Fisheries Treaty which would rewrite Pacific laws and undermine country’s sovereignty.

In 2009, PNG broke with its neighbours to sign an interim Economic Partnership Agreement.

It gives fish caught in PNG waters duty free and quota free access to the European market - a provision PNG is using to build itself into a global tuna power.

The Pacific wants to be be able to send its fish to PNG to be processed and to have similar access to European markets but Tatafu Moeaki, CEO of Tonga’s Department of Commerce and one of the key negotiators, says that is now looking unlikely.

"What the Pacific want to safeguard is what was granted [in] the interim agreement, where both Fiji and PNG have signed," he said.

"Their revised position [is] they are already back-tracking from that, from what was already granted, because the interim was meant to a stepping stone for the comprehensive agreement."

Mr Moeaki says another key Pacific demand is to extend the generous provisions allowed for PNG tuna to other species such as sword fish and crustaceans.

Pacific Trade Ministers are so disappointed with Europe’s failure respond to their requests that they are ready to take the extraordinary step of walking away from the talks.

Dr Latu says the threat is not an idle one.