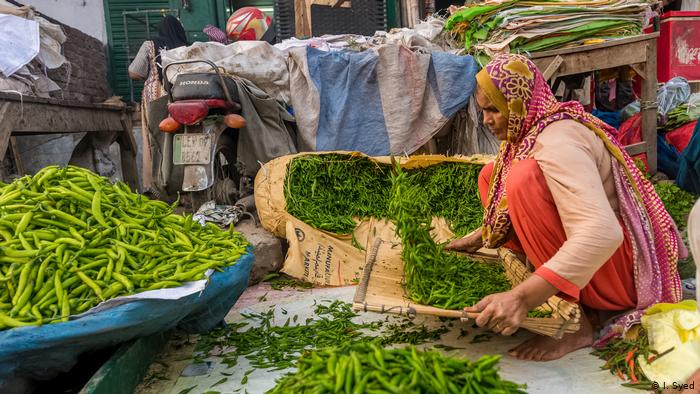 Pakistan to step up ties with Singapore By Narendra Aggarwal

Pakistan is looking to step up its relations with Singapore in various fields with the possible signing of bilateral agreements and exchanging high level political visits between the two countries, says its High Commissioner in Singapore, Ms Rukhsana Afzaal, who arrived here last August.

Soon after her arrival, Pakistan for the first time participated in the fourth edition of the Singapore FinTech Festival in November 2019. While eight companies from Pakistan participated last year, the target is to raise the number to 20 companies at this year’s FinTech Festival, Ms Afzaal told The Business Times in an interview on the occasion of Pakistan’s National Day today.

"Prime Minister Imran Khan met Prime Minister Lee Hsien Loong in January 2020 in Davos, on the margins of the World Economic Forum. This leadership level interaction came after a gap of 15 years and is therefore, an important starting point for both sides to take stock of the existing state of bilateral relations and to set a direction for future cooperation between the two countries," says Ms Afzaal.

Ms Afzaal highlighted that there is a standing invitation from Singapore’s Foreign Minister Vivian Balakrishnan to Pakistan’s Foreign Minister Makhdoom Shah Mahmood Qureshi to visit Singapore. "We will work together with our Singaporean counterparts, on both these invitations to materialise these visits at an early date," says the High Commissioner.

She says that Pakistan has developed a new template of a Bilateral Investment Treaty (BIT) to ensure protection of investments on a reciprocal basis. "Pakistan would be more than happy to enter into negotiations with Singapore to sign the BIT. We may also consider revival of FTA talks which were stalled in 2005 after a few rounds.

"Singapore is signatory to 25 regional FTAs with 38 partners today, saving US$730 million in tariff, covering 90 per cent of its total trade. We can gain immensely from an FTA with Singapore."

In recent years the government of Pakistan has taken a number of measures to restore investors’ confidence and increase the ease of doing business including One Window Operation whereby government departments have been integrated through Electronic Exchange of Data.

Special Economic Zones (SEZ) Management Information System and Business Matchmaking Modules are being developed to facilitate foreign investors. Industrial clusters are being introduced in SEZs to reduce cost of business and facilitate establishment of forward and backward linkages with efficient supply chain availability. Special incentives are being offered to industrial units bringing in technology for the first time, says Ms Afzaal.

Similarly, investment in research and innovation, education and human resource development is being encouraged. A 10-year income tax holiday and customs duty exemption are being offered on import of plant and machinery for installation in SEZs. Pakistan has more than 2,000 IT companies and more than 300,000 English speaking IT professionals with expertise in emerging IT products and technologies.

"We are offering 100 per cent equity ownership, 100 per cent repatriation of capital and dividends, tax exemption on IT and IT enabled services export revenue to facilitate growth of IT industry. We are also developing round-the-clock e-Payment Gateway facility for investors to pay custom duties, taxes etc. It is now possible to open a company online in Pakistan in four hours.

"Similarly, special incentives such as tax holidays, one window facilitation etc, are being offered on investments in labour intensive, export substituting and export led industries," says the High Commissioner.

"Pakistan has introduced Visa on Arrival facility for 95 and e-Visa facility for 175 countries. Singapore is covered under both categories. We are granting five-year multiple entry visas to businessmen within 24 hours. There is a huge potential for foreign investors to set up and expand their businesses in Pakistan."

Singapore has a great significance for Pakistan, both bilaterally as well as in the context of Asean. "The two countries enjoy cooperation in the UN, ASEM, NAM, Commonwealth and G-7. For Pakistan, Singapore’s support is crucial to become a Full Dialogue Partner of Asean, once the moratorium is lifted. Singapore has a huge economic clout with a staggering S$1.055 trillion external trade and S$640 billion foreign investment portfolio. We need to learn lot of lessons from Singapore’s miraculous economic rise, for building a meaningful economic partnership between the two countries," says Ms Afzaal.

"We would like to connect with Singapore through developing close B2B contacts and encouraging Singaporean investments into Pakistan. Our major brands can use Singapore as a regional hub to have entry into South-east Asian markets. There are so many areas where we can cooperate and learn from each other’s experience."

The High Commissioner pointed out that Pakistan was among the first countries to recognise Singapore in 1965 followed by the establishment of its resident diplomatic mission in Singapore in 1968. "Singapore’s support to the US during the Soviet occupation of Afghanistan brought it closer to Pakistan. The two countries have been sharing similar perceptions on most international and regional issues and support each other in multilateral fora including the UN," she says.

The founding father of Singapore, the late Mr Lee Kuan Yew visited Pakistan twice, in 1988 and 1992. From Pakistan, President Zia Ul Haq and Prime Ministers Nawaz Sharif, the late Benazir Bhutto and Mr Shaukat Aziz visited Singapore during their tenures. "However, there has not been any leadership level bilateral visit since Prime Minister Goh Chok Tong visited Pakistan in 2004 and Foreign Minister Makhdoom Shah Mahmood Qureshi visited Singapore in 2010. There is a serious need to revive leadership level contacts between the two countries to build necessary momentum to take the bilateral relations to the next level," says Ms Afzaal.

On the economic front, Singapore and Pakistan have modest trade relations. Pakistan’s exports to Singapore stand around US$87 million and imports are worth US$1.28 billion, with Pakistan generally importing value added items from Singapore. "This trade imbalance needs to be addressed through diversifying our exports to Singapore. We arranged the visit of a delegation of Singapore Business Federation to Pakistan last year and are working on a return visit to Singapore by the Federation of Pakistan Chambers of Commerce & Industry this year," says Ms Afzaal.

"Our Chambers of Commerce have been holding Business Opportunities Conferences abroad. The High Commission is working with the Ministry of Commerce and Federation of Pakistan Chambers of Commerce & Industry to hold a conference in Singapore to apprise Singaporean businesses about the existing and emerging business and investment opportunities in Pakistan. Similarly, we also plan to host a business and investment seminar on Pakistan in Singapore, in collaboration with the Singapore Business Federation."

Singaporean companies excel in infrastructure development, food processing, logistics, smart cities solutions, hydropower projects, and technology/knowledge parks. These are the areas under focus in Pakistan in the context of the China Pakistan Economic corridor (CPEC), says the Pakistani envoy.

It is time that Singapore increases its investment profile in Pakistan taking advantage of the countless opportunities awaiting it. There are a number of infrastructure development projects coming up under the CPEC where Singapore companies can make a mark, she says.

She says there is great scope for cooperation between the two countries in the field of education and professional training. Singapore has trained more than 1,500 Pakistani civil servants under the Singapore Cooperation Programme.

"Singapore is home to some of the world’s best institutions of higher learning where Pakistani students have done specialisation in different disciplines. We would like to develop institutional linkages with these institutions, especially in areas of medical research and development.

"Singapore’s technical training and skill upgrading model is worth emulating by countries like Pakistan having more than 65 per cent of the population below the age of 35. Our National Vocational and Technical Training Commission is already in contact with the Institute of Technical Education and Singapore Polytechnic, to explore possibilities of cooperation between the two countries in this vital field."