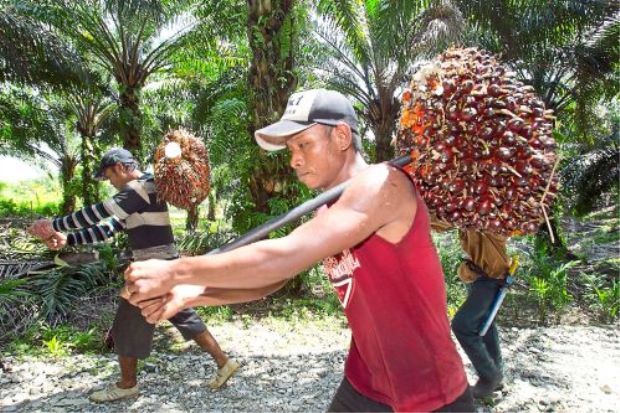 TEHRAN: The Plantation Industries and Commodities Ministry is positive Malaysia’s total export of palm oil and palm oil products to Iran will grow by 30%-40% next year, under a preferential or free trade agreement (FTA), from 453,172 tonnes worth US$331mil (RM1.47bil) achieved in 2016.

Mah has been here from Feb 5 to lead the three-day Malaysian Economic and Technical Mission on Palm Oil, Timber and Rubber Products to Iran.

Malaysia is negotiating a further reduction of duty on palm oil and other commodities on existing tariff lines under an FTA.

Palm oil export to Iran is reportedly faced with the challenge of restriction (import quota) and discriminatory policy on tax.

In 2014, the government of Iran imposed import quota on palm oil, whereby total palm oil import must not exceed 30% of total oils and fats import.

In March 2016, the import quota was removed and replaced by higher import tax of 40% whereas other vegetable oils are only taxed at 24%.

“The FTA needs to be expedited as that is the best way to reduce the tariff,” said Mah.

He said the International Trade and Industry Minister would meet his Iran counterpart in the near future to iron out the FTA between the two nations.

Total exports to Iran last year were valued at around RM2.0bil, of which nearly half were palm oil and palm oil products.

“This shows that palm oil is an important commodity and it is important to request Iran for a review of the current tax regime,” he added.

The minister noted that there had been a significant upward trend for Malaysian palm oil exports to the Middle East.

Iran has demonstrated a wide acceptance for Malaysian palm oil in that close to 82% of the total palm oil and palm oil products imported in 2016 were of Malaysian origin.