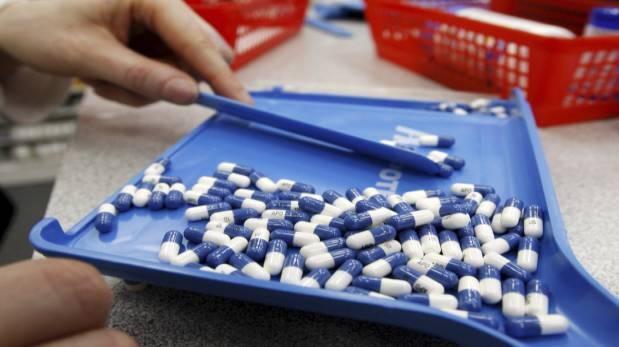 Translated by Anoosha Boralessa (23 March 2016); not reviewed by bilaterals.org or any other organization or person.

Signing the TPP has provoked a debate on whether, when it comes into force, there will be a potential spike in medicines prices.

Will the prices of medicines escalate? Could the reason be signing the Transpacific Partnership? Does the regulation recently published to regulate registration of biosimilar medicines reduce this possibility? These have been the questions around which the debate that took place over the last weeks on the TPP and intellectual property, centred.

PRICE HIKE One of the points leaked from the agreement (that has not been published and that has provoked controversy), is to do with intellectual property; specifically, with protecting for five years – and in some cases up to eight years – test data for biological medicines.

This type of medicine, which is normally used in treating complex illnesses such as cancer or AIDs, is derived from very big molecules in living organisms. This has made its production very complex and very costly. In fact, even though only 2% of the medicines that Essalud buys are biological, they represent 65% of the costs on medicines.

Thus, just like generic medicines are substitutes for brand marked chemical medicines, biosimilars are a substitute for biological. Although in this case, as the name indicates, they are only similar and not equal. This is because a molecule in a living organism will never be identical to another. The cost of producing biosimilars – and therefore, its final price – is high, but much lower than biological medicines.

On the other hand, the test data is, forgive the repetition, the proof that guarantees the effectiveness of medicines. If this data is protected for five or eight years as the TPP provides, it will prevent other laboratories using it to manufacture bio-similar medicines and thus biological medicines will be offered at high prices without any competition.

The Minister for Foreign Trade and Tourism (Mincetur) has ruled out this thesis and maintains that intellectual property rights together with health sector policies will be protected. However, he has not specified what are the organizations to avoid a price hike.

This month, the Executive approved – after five years of waiting - regulations governing registration in Peru of biosimilars from other countries.

This regulation will allow the appropriate entry of biosimilars to the national market, will improve the prices of biologicals by creating healthy competition and by strengthening access to medicines in the country, with or without a trade agreement. This is according to Janice Seinfield, an expert on Health Economics.

However, the regulation has two contentious aspects. First, the regulation authorizes biosimilars that have already been approved abroad to directly enter our market without certification from the Directorate-General of Medicines, Supplies and Drugs (Digemid).

Second, the regulation establishes that documentation for requesting the health registration of biosimilars must be sent to the health sector but also to the Ministry of Economics and Finance (MEF), an entity that does not have competence over health policies.

“It would give the impression that, to resolve an issue, we are creating another one, instead of going forward and ensuring that Digemid has capacities and independence to [certify medicines]”, explained Seinfield.

The presidential candidates have said little or nothing on this issue. Verónika Mendoza has shown herself to be against the TPP. Her plan of government proposes that granting patents on health matters is the responsibility of Digemid and not Indecopi. She does not specify how she will do it.

Pedro Pablo Kuczynski and Alfredo Barnechea are considered to be in favour of the trade agreement but the former has requested that the conditions to determine its impact on medicine prices is published.