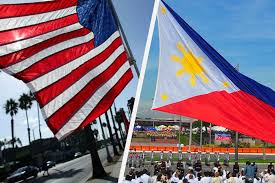 PH sees US FTA nego next year By Bernie Cahiles-Magkilat

The Philippines is optimistic that discussions on the proposed bilateral free trade agreement (FTA) with the US could start next year after the US Congress has settled trade issues with Canada and Mexico.

Trade and Industry Secretary Ramon M. Lopez told reporters at the groundbreaking ceremony of the Lufthansa Technik Philippines’ $40-million expansion project that the Philippines is just awaiting timing from the US side to commence discussions.

“We’re just waiting for timing from the US side,” said Lopez noting that US authorities have to take up the planned FTA with the US Congress, which is still prioritizing discussions with Canada and Mexico with whom they have an existing FTA under the North American Free Trade Agreement (NAFTA). President Trump has called for a review of the trade deal, which he considers lopsided in favor of its two other trading partners.

“Hopefully there is discussion already at their Congress because after that (NAFTA) they can give the go signal,” he said.

Essentially, Lopez said the timelines for the proposed bilateral FTA depends on the US side as the Philippines has always been all set to move the discussions to a higher level.

During a bilateral meeting at the ASEAN Leaders’ Summit and Related Meetings in Manila in November 2017, President Trump expressed willingness to the Philippines to move its bilateral trade cooperation towards a more sustained trade agreement via an FTA.

The two countries agreed that an FTA would be a win for both countries, as both acknowledged there are already opportunities under the current Trade and Investment Framework Agreement (TIFA) that both teams can work on to facilitate immediately more trade.

Earlier, DTI Undersecretary Ceferino S. Rodolfo said that one factor to consider in the FTA exploratory discussion is the policy gap between the two countries, meaning how far it is to align their policies.

But Rodolfo said that under the TIFA both countries have already closed most of their issues, making the planned bilateral FTA a bit easier to accomplish.

“We have no issues on intellectual property, no labor issue. We have closed our gaps as we’ve amended our Public Services Act,” he said noting that the “Philippines is not doing these efforts because of the possible FTA but because this is important for our competitiveness, because industries form the backbone of the country.”

The Philippines cited the growing trade between the two countries where the latter enjoy a little trade surplus, largely due to the country’s eligibility of the US-GSP, which grants preferential and duty-free entry of some Philippine products to the US. In 2017, GSP exports accounts for 17.6 percent of Philippine exports to the US, valued at $1.492 billion. Leading GSP exports include tires, sugar, electronics, and fruit and vegetable juices.

At least 75 percent of the Philippines total exports to the US are already granted duty-free status or preferential import duty under the US-GSP.

Over the past decade, two-way trade between the United States and the Philippines has grown by more than 25 percent.