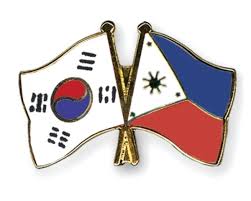 Improved economic relation is seen between the Philippines and South Korea as the two countries formally signed on Monday an agreement to begin negotiations on free trade deal.

In a joint statement sent to reporters on Monday, trade ministers of both countries noted that they “affirmed their common goal to achieve a comprehensive and future-oriented free trade agreement (FTA).”

Both countries recognized the “complementarity … and the significant potential to further advance economic relations by enhancing trade and investment flows between them through, among others, removal of impediments to slower trade and creation of business and investment opportunities.”

The FTA talks are eyed to conclude by November this year, which is around the same time for the 2019 Korea-Association of Southeast Asian Nation Commemorative Summit.

On the sidelines of the FTA negotiations launch, the first meeting for the Joint Commission on Trade and Economic Cooperation (JCTEC) between the Philippines and South Korea was held as well. “The JCTEC is equally important as it will tackle a broader perspective of economic cooperation between the two countries,” Lopez said in a statement.

Lopez was also set to hold talks with South Korean firm executives coming from industries such as infrastructure and energy about possible business opportunities in the Philippines.

During the ministerial meeting in April, both parties agreed to pursue a bilateral FTA to enhance market access for products and services. The FTA is also seen to open more opportunities for investment and collaboration for research and development, among others.

Recently, the Department of Trade and Industry (DTI) said tariffs on electric vehicle parts from South Korea might be removed in exchange for easier market access for Philippine agricultural products.

“Number one [for us] would be agricultural products, not just bananas,” DTI Undersecretary Rodolfo Ceferino said in an earlier interview. Philippine banana exports to South Korea currently have a 30 percent tariff.

Rodolfo said DTI could also help to develop infrastructures for electric vehicles, such as production facility and charging station, provided that the interested firms have the capacity to do so.

Last year, merchandise trade between the two countries amounted to $13.7 billion, making South Korea the Philippines’ fifth largest trading partner. Most of the exports of the Philippines to South Korea were bananas, pineapples and copper.