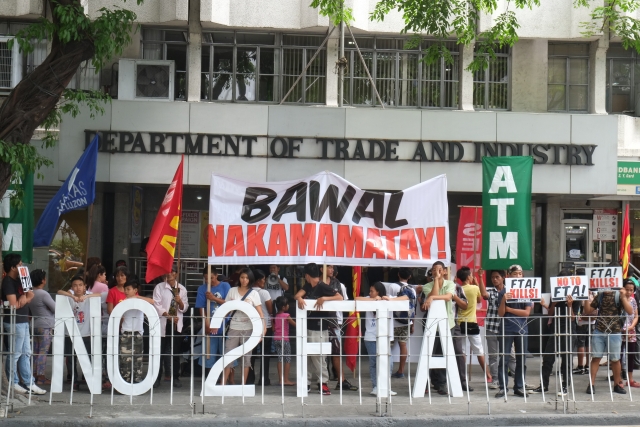 The Philippines and the European Union are poised to rekindle ties on “equal footing” after the Senate ratified the EU-Philippine Partnership and Cooperation Agreement (PCA) on January 22.

The agreement came into force on March 1, blunting years of bickering marked by President Rodrigo Duterte’s vehement reaction to EU’s censure of his campaign against illegal drug trade that began in 2016, sources and analysts said.

It was signed in 2012, during the time of former President Benigno Aquino.

“Let’s wait and see how the two sides will regard each other now,” political analyst Mon Casiple said, adding that Duterte’s moves are part of pushing his independent foreign policy.

A week before European Parliament discussed EU’s commitment to the Philippines under the Generalised System of Preference Plus (GSP+), on February 20, Duterte said, “Europe wanted to give financial assistance with a condition. I said, ‘You go to hell, I don’t need your money,’”

In January, the Philippines rejected a P382.8 million (Dh27.5 million or €6.1 million) project on trade assistance from the EU.

The Philippine-EU bilateral agreement also covers cooperation on peace talks between the Philippine government and the 50-year old Communist Party of the Philippines and its armed wing, the New Peoples’ Army (CPP-NPA). Norway has been brokering the talks that began in 1992.

The EU was part of the International Monitoring Team (IMT) that was created in 2004 to monitor in the southern Philippines the implementation of the ceasefire agreement forged by the Philippine government and the 40-year old Moro Islamic Liberation Front in 2003. The IMT is composed of 60 members from Brunei, European Union, Indonesia, Japan, Libya, Philippines, and Norway.

The Philippines is one of nine countries under EU’s GSP+, which removes customs tariffs on 66 per cent of goods exported to the EU.

In 2016, EU accounted for 9.7 per cent of total trade, which includes both imports and exports, amounting to $13.713 billion, according to the Philippine Statistics Authority.

EU’ invested to the Philippines 1.1 billion euros (P61.8 billion) in 2016, representing 28 per cent of annual total of foreign direct investments for that year.

Some 900,000 overseas Filipino workers are based in EU.