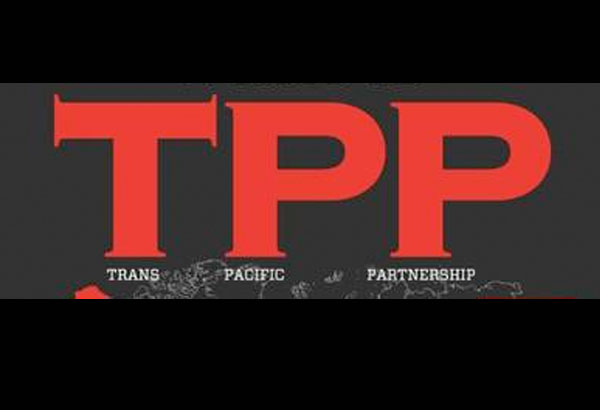 MANILA, Philippines - The Philippines may seek for flexibility from members of the Trans-Pacific Partnership (TPP) to be allowed to join the trade pact without having to amend the Constitution.

“Our problem is we have a limitation in the Constitution that may not meet standards or ambitions of TPP members. We may have to ask for flexibility at some point, if and when they invite us (to be part of the deal) to be able to comply,” Trade secretary Gregory Domingo said in an interview with reporters.

Domingo said the constitution’s limits to foreign ownership in certain sectors may not fit with the TPP. “We cannot promise that we will make changes to the Constitution.”

President Aquino has been firm in his stand that there is no need to amend the constitution to achieve economic growth.

Domingo said it is in the interest of the country to become a member of the TPP as the trade pact is an avenue to get access to markets, primarily the US.

“It (TPP) is something we have to engage in. We have no choice because the US is our second largest trading partner and many of our neighbors will become members of TPP. If they have duty-free access, for example, in the US and we don’t, it will really handicap the Philippines and affect us in a significant way,” he said. Business ( Article MRec ), pagematch: 1, sectionmatch: 1

The TPP, currently being negotiated by 12 countries, aims to establish a free trade bloc which would represent more than half of global output and over 40 percent of world trade.

The trade pact, which the 12 member-countries hope to seal by the end of the year, will remove trade barriers as well as set standards for intellectual property, labor rights and environmental protection.

Aside from the US, other member-countries of the TPP are Australia, Brunei Darussalam, Canada, Chile, Japan, Malaysia, Mexico, New Zealand, Peru, Singapore and Vietnam.

Trade Undersecretary Adrian Cristobal Jr. said earlier the Philippines would want to be part of the second batch of member-countries of the TPP, if and when it opens.

Domingo said the TPP’s opening for new membership will depend on how fast the existing members can come up with an agreement.

Even as the TPP has yet to open for new members, he said the Philippines is already holding consultations with some of the member-countries.