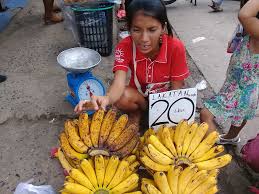 THE Philippines will demand that South Korea eliminate both tariff and nontariff measures on agricultural products, particularly banana when they face each other in negotiations for a bilateral free trade agreement (FTA).

Senen M. Perlada, director of the Department of Trade and Industry’s Export Marketing Bureau, said the Philippines will push for the elimination of tariffs on farm exports under the proposed bilateral FTA with South Korea. The two countries last week agreed to negotiate a trade deal to improve economic relations and expand trade and investment activities.

“Among other export interests, we would like South Korea to further open their market for Philippine agricultural products,” Perlada told the BusinessMirror.

“In particular, we would like to make the bilaterals a venue to manifest our strong interest for South Korea to lower—if not eliminate—tariffs on banana exports, mango exports, processed fruit products, such as mango purees, and other fruit purees. Also, the nontariff measures on these products and other agricultural products [must be removed],” he added.

Manila has been prodding Seoul to reduce its import duty on Philippine banana to 5 percent from 30 percent, but to no avail.

This was coupled with a 31.91-percent jump in imports from South Korea to $11.16 billion, from $8.46 billion, resulting in a larger trade deficit on the Philippine side.

Philippine Exporters Confederation Inc. President Sergio R. Ortiz-Luis Jr. said the government has to expedite its efforts to forge bilateral and multilateral FTAs with trading partners. The lack of FTAs, he argued, puts exporters on the short end of the stick, as their products are not provided with preferential rates when entering foreign ports.

In an interview on Sunday, Ortiz-Luis said Manila only has two legitimate trade deals at present: the Association of Southeast Asian Nations (Asean) Free Trade Area and the bilateral Philippines-Japan Economic Partnership Agreement.

“That would be great,” he said, referring to the planned FTA with South Korea, “because we are very much delayed in having trade agreements. The only one we have—aside from the [trade deal with] the Asean—is [with] Japan.”

Further, he said a bilateral FTA could mean more investments and collaboration on technology and innovation, especially considering that South Korea is a huge importer of Philippine electronic products.

According to PSA data, Seoul last year bought $1.23 billion of electronics from Manila. Its shipments of electronic manufactures made up nearly half of its total imports from the Philippines.

Even Trade Secretary Ramon M. Lopez is eyeing more cooperation on the development of products of the future, such as electric vehicles, under an FTA with South Korea.

Lopez said the two parties will begin official negotiations upon the completion of respective domestic procedures, which will include government consultations with local stakeholders. Both parties agreed to conclude talks and sign the FTA in November in time for the commemorative summit between the Asean and South Korea.