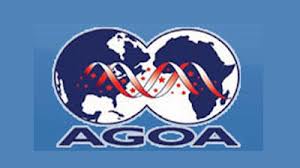 Proposal to upgrade AGOA Into a US-Africa FTA

A paper has been issued by the Heritage Foundation (HF) that urges Congress and the Obama Administration to work together to renew and upgrade the African Growth and Opportunity Act (AGOA) to encourage economic integration within the continent and set the stage for a free trade agreement (FTA) between the United States and Africa.

At the center of AGOA, to date, have been its substantial trade preferences that, along with those under the US Generalized System of Preferences tariff treatment and its third country-fabric provision, allow duty-free treatment for almost all goods produced in AGOA-eligible countries – approximately 6,800 products – to enter the US market duty free. AGOA is currently in effect until September 30, 2015.

Since 2000 AGOA has contributed to more than doubling trade with eligible African countries, and those countries are now, in general, asking for a longer term extension. President Obama has initiated a review of how AGOA could be improved to boost trade with and within Africa, together with a new initiative to expand US collaboration with Africa’s regional economic communities, starting with the East African Community.

However, the HF considers that countries of sub-Saharan Africa are becoming increasingly viable economic partners that already deserve more focused attention and deeper engagement. "If the US fails to advance AGOA beyond a trade-preference arrangement," it notes, "it risks losing ground to Europe and other nations eager to enter into more robust economic partnerships."

Instead of simply renewing AGOA, it adds, "the US should use the legislation to spur African economic integration and ultimately transform the trade-preference program into a FTA between the US and Africa."

In particular, the HF believes that the Administration should renew AGOA until 2025, as "failure to renew AGOA on a long-term basis risks reversing its gains and undermining America’s credibility as a reliable economic partner in the region." The HF also calls for an endorsement of the African Union’s economic integration plans that would finalize agreements for regional economic communities by 2014, integrate them between 2015 and 2016, and establish a continental free trade area by 2017.

Starting in 2017, the HF suggests that AGOA preferences could be made contingent on reciprocal duty-free treatment of a gradually expanding list of US exports with the goal of transforming AGOA into a formal FTA by 2025.

"While AGOA is useful," it concludes, "it is an incomplete approach to increasing US-African trade that ignores the benefits that Africans could realize from lower tariffs on US imports. The US should expand AGOA into an FTA to maximize its economic benefits."