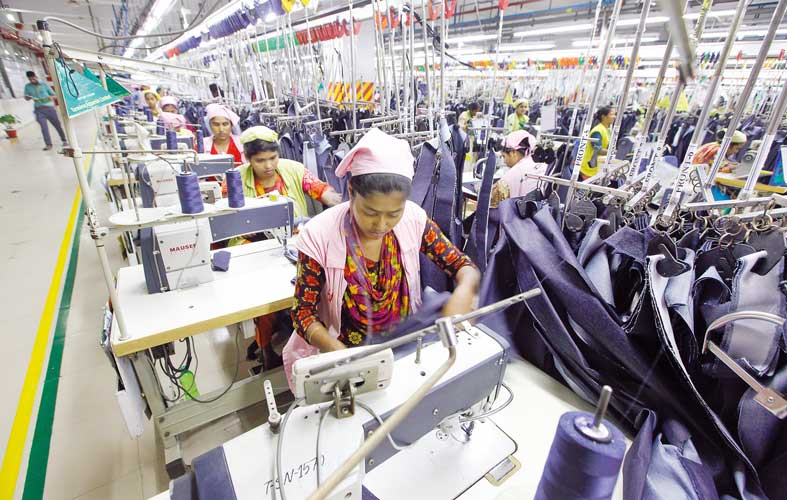 PTA with Nepal by this year By Refayet Ullah Mirdha

Bangladesh has demanded zero-duty benefit on export of 140 products to Nepal as both governments look towards finalising a preferential trade agreement (PTA) on the third week of next month, Commerce Secretary Md Jafar Uddin said yesterday.

Leading Bangladesh in a secretary-level virtual negotiation with his Nepalese counterpart, he said Nepal would be the second among South Asian nations after Bhutan with which the bilateral PTA would be signed.

"We will hold some technical committee meetings between the two countries before finalising the draft of the PTA. But we have targeted to finalise the draft of the agreement by November," said Jafar Uddin after the meeting.

Md Abdus Samad Al Azad, joint secretary to the commerce ministry’s Free Trade Agreement (FTA) Wing, who also took part in the negotiations, said they have a target to sign the deal by this year.

Nepal demanded duty facility for 130 of its products, while Bangladesh sought duty-free benefit for export of garment items, including men’s t-shirts, knitwear and children’s clothes, fruit juice, cement and agro-processed food items like noodles and pastas, he said.

On the other hand, Nepal demanded duty-free benefit on shipment of agricultural products, handicrafts and brooms.

Nepal also demanded that Bangladesh’s customs set the minimum import value, based on which duties are imposed on Nepalese products, he said.

Nepalese customs also has two such rates for products entering it from abroad, a low one for India and a higher one for the rest of the world. Bangladesh demanded that its goods be valued as those of India, he said.

He said once the draft of the PTA was finalised, it would be sent to the cabinet meeting for approval for formal signing between the two countries as soon as possible.

It is expected that the PTA between Bangladesh and Nepal can be signed by the end of this year after completion of all formalities, he said.

These include railway connectivity for improving people-to-people contact and goods transportation and air connectivity between Bangladesh’s Saidpur and Nepal’s Viratnagar airport, according to a statement from the commerce ministry.

They also discussed ways to improve cooperation for the tourism industries of both countries, avoiding double taxation, easing Nepali visa processing for Bangladeshi businesspeople and feasibility of Bangladeshi investment in Nepal’s hydroelectricity generation and pharmaceuticals industries.

Cooperation on removing tariff and non-tariff barriers in trade between the two countries and signing memoranda of understanding between the Department of Agricultural Extension and its Nepalese counterpart were also discussed.

Last month the cabinet committee of Bangladesh approved a PTA between Bangladesh and Bhutan to strengthen bilateral trade.

Bangladesh is currently in negotiations with a few other countries to finalise FTAs in order to enjoy duty free benefits even after its graduation from the least developed country (LDC) category.

For instance, a joint study is ongoing over signing a proposed Comprehensive Economic Partnership Agreement (Cepa) between Bangladesh and India.

Cepa is a comprehensive partnership between the two countries, which also includes investment, whereas the PTAs and FTAs cover tariff issues.

Bangladesh will have to sign different trade pacts like FTAs, PTAs and Cepa with potential trading countries or trading blocs for enjoying trade benefits after its status graduation to a developing country.

Bangladesh should also sign FTAs with vital trading partners or trading blocs like the Association of Southeast Asian Nations (Asean) and European Union to ensure benefits after the graduation, which will eliminate guaranteed duty privileges, according to experts.

Currently, Bangladesh has no FTA with any country although the government has long been trying to sign such a deal.

As per the country’s previous economic development records, the UN Committee for Development Policy (UN CDP) is scheduled to complete the final round of assessment of Bangladesh’s LDC graduation in 2021.

If the UN CDP finds its assessment of Bangladesh to be positive, the country will graduate to a developing country in 2024.

Once the country graduates, all tariff benefits will be lifted.

Only, the EU will allow its tariff benefit to Bangladesh for a grace period of another three years. That means, Bangladesh will enjoy the zero-duty benefit to the EU until 2027 but regarding other countries, the tariff benefits will be withdrawn from 2024.

Also, in the US, Bangladesh enjoys zero-duty benefit for 97 per cent of its products. But unfortunately, Bangladesh’s main export items, including garment, are not included in the package.

As a result, Bangladeshi exporters have to face 15.62 per cent duty on export of apparel items to US markets. Nevertheless, the US is the single largest export destination for the country.

Some 74 per cent of Bangladesh’s export earnings come under preferential trade as an LDC. Of that percentage, 64 per cent comes from the EU and 10 per cent from Japan, Canada and other developed countries.

Bangladesh’s exports will decline by 5.7 per cent annually if the Everything but Arms (EBA) facility is not extended and local exporters will have to face an 8.7 per cent duty to the EU.

So, there is a possibility of losing more than $2 billion-worth export business annually after graduation, according to the UN body.