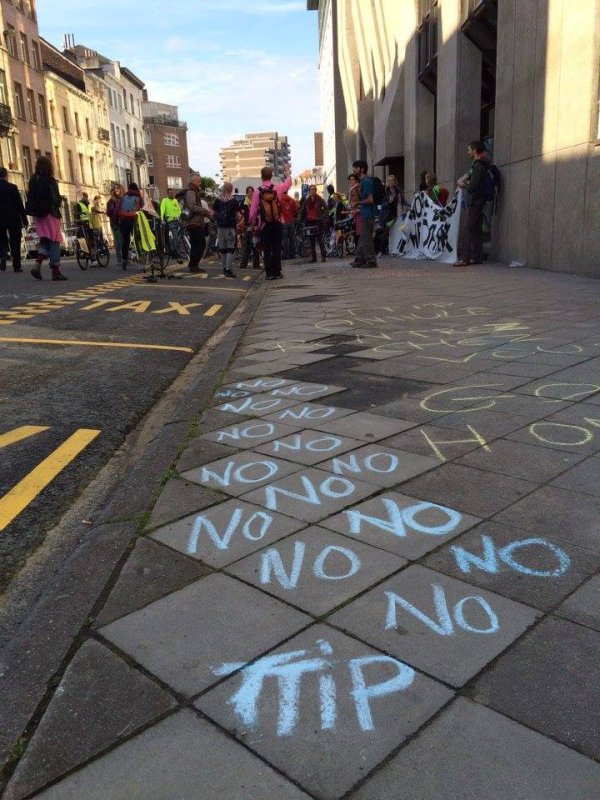 The vast majority of Irish people want a referendum on the proposed US-EU free trade deal if it looks like it could become law, a survey suggests.

They also want a similar poll on Europe’s planned trade agreement with Canada, according to the survey carried out by Red C.

The survey was commissioned by lobby group Uplift, which has campaigned against the US agreement.

Talks on the Transatlantic Trade and Investment Partnership (TTIP), a sweeping US-European free trade deal, started three years ago - but the two sides have been unable to settle differences over various issues, including agriculture.

The Comprehensive Economic and Trade Agreement (CETA) between Canada and the EU has also taken years to negotiate, and could come into force next year.

Uplift commissioned Red C to conduct a poll on public attitudes in Ireland towards certain potential aspects of both the TTIP and CETA trade agreements, with a random sample of 1,004 adults across the country interviewed by telephone earlier this month.

Young people aged between 18 and 24 are the most sceptical of the two proposed trade agreements, and are most in favour of a referendum to accept or reject them.

They’re also the age group most in favour of EU standards not being changed to match US or Canadian standards.

Siobhan O’ Donoghue, Uplift director, said that if passed into law, TTIP and CETA will affect every Irish citizen "in ways never imagined before".

"A referendum on TTIP and CETA would balance the power of corporations and put the decision on the future of our democracy in the hands that matter - the people," Ms O’Donoghue said.

In June, Uplift started an online signature campaign to urge Taoiseach Enda Kenny to call a referendum on the two trade agreements.

Members of the group also campaigned outside Leinster House last year, warning that the proposed agreement threatened "to increase the power of multinationals at the expense of people, democracy and the planet".

It argues that the Government is only serving the needs of big business.

However, a report commissioned by the Government said TTIP will boost the economy and trade, and help create thousands of jobs.

TTIP is primarily an agreement to cut tariffs and regulatory barriers to trade between the US and EU countries, but has encountered opposition from some quarters across Europe, including trade unions.

The US government said last week that it is committed to concluding the deal this year and believes it is even more essential after the Brexit vote in the UK.

According to the survey, 69pc of adults state that they would be concerned if TTIP or CETA were to be agreed as they don’t know enough about the ramifications.

The Irish Independent recently published for and against opinions from Chambers Ireland chief Ian Talbot and Unite economist Michael Taft.

Mr Talbot argued that the proposed deal represented an unprecedented opportunity for two of the world’s biggest economies to remove barriers to trade, increase growth and create jobs.

But Mr Taft said it would "debase democracy" and would give global corporations legal privilege over citizens and governments.